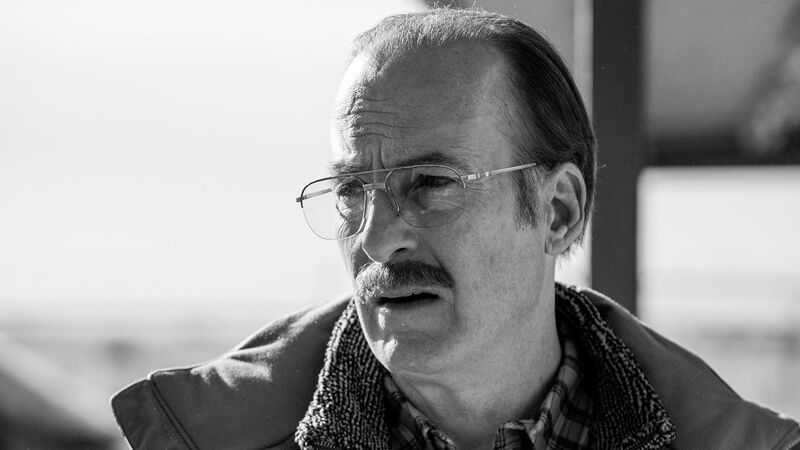 The end of an era is truly here now that the finale to Better Call Saul has aired – bringing with it, for the foreseeable future, the finale to the entire Breaking Bad saga.

Not shockingly, weˇŻve seen a ton of activity around FandomˇŻs Breaking Bad wiki in recent weeks, as the showˇŻs conclusion neared and fan interest (and adoration for the acclaimed show and its entire final season) continued to accelerate.

LetˇŻs dive into some of the most notable activity we saw across the wiki, as fans found out what fate had in store for the man sometimes known as Saul Goodmanˇ­

Though the biggest page coming out of the finale was for the episode itself, “Saul Gone,” itˇŻs only appropriate that the second biggest was for the showˇŻs main character, a man who went by many names, but who ultimately began and ended his story as Jimmy McGill.

JimmyˇŻs page was in fact the biggest on the Breaking Bad Wiki throughout the entire final season of Saul, as fans looked up info on everything that had occurred for Jimmy McGill / Saul Goodman / Gene Takavic during his life and over the course of both series and pondered how things would end for himˇ­ and which name might finally stick.

So besides Jimmy, what other character pages saw lots of traffic thanks to the Saul finale? Most of them arenˇŻt surprising, including Walter White, with Bryan Cranston making one last return appearance as his iconic character. And of course Mike Ehrmantraut and Kim WexlerˇŻs pages being among the top 10 pages make plenty of sense, given they are both big parts of Better Call Saul – and obviously fans were quite curious how things would end for Kim as well.

Interestingly though, Lalo SalamancaˇŻs page was also among the top 10 in the wake of the finale, which sticks out because the character died several episodes earlier and, unlike others, didnˇŻt make another final appearance via flashback. But hey, that guy sure left a big impression while he was around!

But the popular page that is the most eyebrow raising from afar is Dan Wachsberger, whose page was the ninth most popular across the entire Breaking Bad Wiki post-Saul finale. WhatˇŻs notable here is that even many fans might not recognize that name at a glanceˇ­ yet that uncertainty about who Dan is likely helps explain the spike to his page.

You see, in the finale, when Saul (weˇŻll go with that name during this part of his story) is making his lie-filled ˇ°confessionˇ± to his captors and Marie Schrader ¨C before JimmyˇŻs genuinely truthful and remorseful one later in the episode ¨C he mentions an incident where Walt had 10 men murdered ˇ°inside three prisons in the space of two minutes,ˇ± and spends time specifically lamenting the murder of a man he calls a colleague, Daniel Wachsberger, grimly adding, ˇ°The news said Dan was stabbed 48 times.ˇ±

This call out by Saul of a specific Breaking Bad event, depicted in the 2012 episode “Gliding Over All,ˇ± understandably had viewers curious and wanting a reminder on who exactly Dan (played by Chris Freihofer) was and the role he played, looking up the history of this lawyer for Gustavo FringˇŻs henchmen, a man who ultimately died thanks to the combined will of Lydia Rodarte-Quayle, Walter White and Jack Welker, with JackˇŻs prison contacts taking Dan out. Dan only made three appearances on Breaking Bad, but Saul Goodman certainly seemed shaken learning a fellow lawyer immersed in this world meet such a grisly demise.

As much as the Breaking Bad Wiki spiked during the showˇŻs finale night, it actually was even slightly more popular a week before, in the wake of the penultimate episode, ˇ°Waterworks,ˇ± perhaps due to all the speculation on how things would end coming out of it.

Regardless, the traffic to the Breaking Bad Wiki stood out last week because it was the highest performance weˇŻve ever recorded for that Wiki, outpacing the big boost that occurred when the movie?El Camino debuted, which wrapped up Jesse PinkmanˇŻs story.

So was this the true end to this story, which began 14 years ago? In recent interviews, Better Call Saul creators Vince Gilligan and Peter Gould stress they currently have no plans for another project set in the world, though they also add “never say never.” So weˇŻll see if thereˇŻs more stories to tell about this intricate universe one day, but for now, it seems like this was goodbye.

In the meantime, weˇŻll be spending time looking over all the characters from Breaking Bad who popped up on Better Call Saul, from the blatantly obvious to the amazingly obscure.