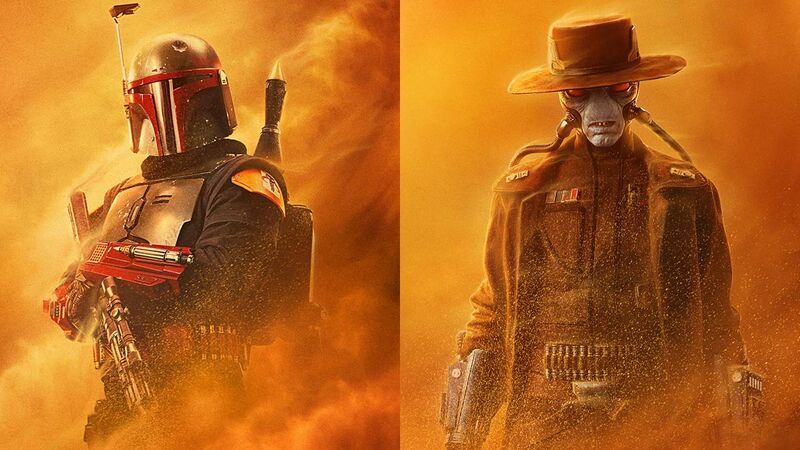 Star Wars: Everything We Know About Boba Fett and Cad BaneˇŻs History

Warning: FULL SPOILERS follow for Chapter 7 of The Book of Boba Fett: Chapter 7, the showˇŻs finale.?

Fans of Star Wars: The Clone Wars?were very excited to see Cad Bane make his live-action debut in the the sixth episode of The Book of Boba Fett, as the infamous bounty hunter walked into Mos Pelgo, ahem, Freetown, and quickly made it clear he was a serious threat. In the finale episode, we then saw Bane and Boba Fett come to face to face, and it was shown the two had a history with each other, with Bane telling Boba ˇ°IˇŻve known you a long timeˇ± and ˇ°This isnˇŻt the first time I beat you out on a job.ˇ±

This might make viewers think they had missed some Star Wars stories along the way – perhaps tales told in animation, comics, or books, about when they two had some significant encounters. Cad Bane even tells Boba, “Consider this my final lesson,ˇ± implying he was a mentor to him at one point.

However, you wonˇŻt find these stories anywhere currently viewableˇ­ though they certainly exist in the mind of?Dave Filoni and in his unfinished episodes of The Clone Wars. Read on for what we know happened for certain?between Boba Fett and Cad Bane and what we know may have happened – because it was supposed to be shown to us at one point.

So what is fully established canon, pre-The Book of Boba Fett, between Cad Bane and Boba Fett? Not a lot, truthfully. The 2019 comic book?Age Of Republic – Jango Fett?#1 does let us know that whether he actually had met him already or simply had heard about him, a young Boba, still traveling with his father?Jango Fett , is well aware of Cad BaneˇŻs existence and reputation prior to the events of Attack of the Clones.

The only actual depicted encounter between Boba and Cad though is in a single episode of Star Wars: The Clone Wars, Season 4ˇŻs ˇ°Deception,ˇ± in which we donˇŻt even see the two speak to one another. In the episode, Bane breaks out of prison, alongside a disguised, undercover Obi-Wan Kenobi.

Earlier, Obi-Wan gets into an altercation with another prisoner, none other than Boba Fett, and with one glance from Boba, and a returning nod from Bane, we learn the two have a plan – with Cad later confirming he paid Boba to start a fight as a distraction to cover his escape.

So we have a quick nod establishing they know each other and confirmation of some?offscreen dealmaking and thenˇ­ thatˇŻs it. Despite Boba Fett and Cad Bane both having recurring roles on The Clone Wars, the two were never involved in the same storyline after Season 4. But they were supposed to be, in a big way.

While keeping in mind that none of what follows is confirmed as canon currently and could always be made impossible if future revelations contradict any of it, it is worth pondering what we know was once firmly planned for these two characters and what certainly could become cemented in place down the line – and at the least seems to be a big influence on those comments from Cad Bane in The Book of Boba Fett.

THE (POSSIBLE) ADVENTURES
OF CAD AND BOBA

With The Clone Wars cancelled in 2013, in the wake of Disney buying Lucasfilm, a ton of stories planned for future seasons were in some form of production at the time the plug was pulled. And at Star Wars Celebration 2015 and then again at Star Wars Celebration 2017, The Clone WarsˇŻ Dave Filoni (whose future would go on to include?The Mandalorian and many more Star Wars projects), alongside LucasfilmˇŻs Pablo Hidalgo, gave a lot of info on episodes and storylines that werenˇŻt completed.

A handful of these stories would be officially told and canonized through the years – some in other mediums, like the Darth Maul – Son of Dathomir?comic book or the?Asajj Ventress novel Dark Disciple, while three different, previously discarded story arcs would comprise the 12-episode final season of The Clone Wars that was eventually ordered by Disney and aired in 2020. However, many of the arcs discussed at those Celebration panels still have never been canonized in any form, and that includes at least one that would have been about Cad Bane and Boba Fett.

As first discussed at Celebration 2015, the Cad Bane/Boba Fett The Clone Wars arc would have actually found the two initially teaming up, while confirming ¨C and perhaps giving better context to ¨C something referenced in other stories since, which is that Cad Bane personally knew Jango Fett. In fact, the two had a rivalry, both seeing themselves as the superior bounty hunter. As explained by Filoni, Bane felt this rivalry was unresolved thanks to JangoˇŻs death at the hands of Mace Windu and would now take it upon himself to train Boba Fett to be as skilled a bounty hunter as he could, in order to essentially, and one might say perversely, create a substitute rival for himself, who he ultimately intended to outdo.

Interestingly, given the trajectory for BobaˇŻs storyline in The Mandalorian and The Book of Boba Fett, the journey Boba and Cad Bane were on would have brought them to Tatooine and into contact with Tusken Raiders. This would have included meeting a Tusken Shaman, seemingly indicating Filoni ¨C at the time of The Clone Wars?working directly alongside George Lucas ¨C had long intended to explore more about Tusken culture than the films had, which eventually came to fruition on the live-action Disney+ series.

Footage was shown, via a rough animatic (seen above) from this storyline, which found Cad Bane and Boba Fett camping out, only to be ambushed by Tusken Raiders. Boba is eager to show he can best them, but Bane instead tells the young man he wants him to be captured to gather information. The two then throw a fight against the Tuskens, with Boba letting himself be knocked out, while Bane escapes using his boot jets. When BaneˇŻs droid says heˇŻs worried about Boba, Bane tells the droid, ˇ°He should be fine ¨C as long as those sandpeople arenˇŻt hungry.ˇ±

THIS GALAXY AIN’T BIG ENOUGH
FOR THE TWO OF US?

Two years later, at the Celebration 2017 panel, Filoni once more brought up what was planned but never completed for Boba Fett and Cad Bane on The Clone Wars, summing it up as, “Cad Bane teaches Boba Fett how to be a real bounty hunter.ˇ±

More footage was shown from what were clearly later episodes from what was previewed in 2015. A big change here was that Boba was now wearing his iconic armor, apparently having first donned it at some point during this arc. Also quite notable was that Boba and Cad were now firmly enemies, rather than any sort of ally or mentor/student aspect at play any longer.

The scene shown in 2017 ¨C again, a rough animatic, which has also ended up online since and can be viewed below ¨C began with Cad Bane holding his blaster to two prisoners, only for the fully-armored Boba to arrive and demand they be let go, telling Bane, ˇ°This isnˇŻt their fight anymore.ˇ± In another moment that has resonance for The Book of Boba Fett, Bane taunts Fett for ˇ°Always fighting for those in need,ˇ± before he is joined by two more bounty hunters, Embo and Bossk, who make it clear they are working with Bane and aim their weapons at Boba Fett. Though we donˇŻt have any other context for what led to this falling out and confrontation, Bane does tell Boba, ˇ°Looks like your little insurrection has failed.ˇ±

With Boba refusing to submit, Bane and Boba end up in just the sort of classic Western standoff we saw Bane have with both Cobb Vanth and Boba himself on The Book of Boba Fett. On The Book of Boba Fett, Bane was the only one to successfully shoot his enemy (though things didnˇŻt go great for him as their fight continued).?In the unfinished Clone Wars scene though, after a long stare down — punctuated by repeatedly cutting back and forth between the two — both draw and shoot and both bounty hunters hit their target, with Boba and Cad simultaneously falling to the ground.

Boba is hit in his helmet and as he falls, the helmet is knocked off him by the blast, and we see it now permanently dented as a result – with Filoni revealing it was George LucasˇŻ idea that Cad Bane would cause the distinctive dent BobaˇŻs helmet has been shown to have since?The Empire Strikes Back.

While Boba had to survive this showdown, thanks to all of his later appearances in the timeline, when this clip was shown at Celebration 2017, it wasn’t made clear whether Cad Bane did as well. And of course, who knows if this encounter even happened now and will ever be solidified as canon at some point. If it ever is, we now know Cad Bane clearly must survive it as well, thanks to his appearances first on Star Wars: The Bad Batch?and then on The Book of Boba Fett. Though of course, we also now know he will eventually meet his end at the hands of Boba Fettˇ­ or more specifically at the point of his gaffi stick.