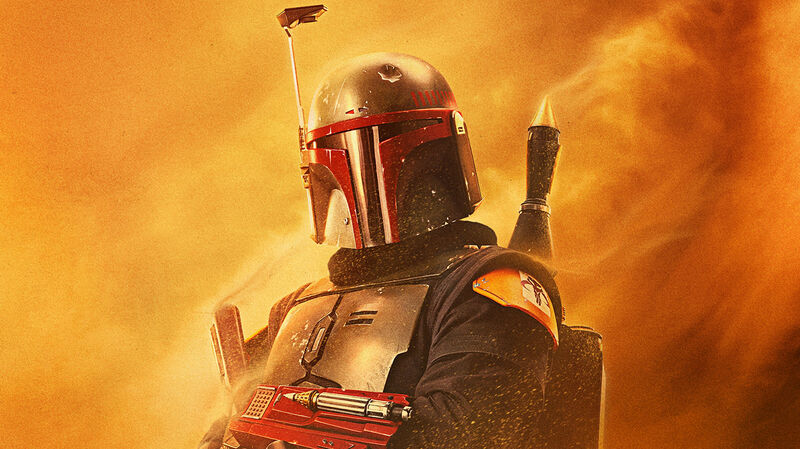 Criminal activity in Star Wars is as old as the franchise itself. Any governing body like the Empire is surely going to have a criminal element running rampant on the fringes, though some began far earlier than the EmpireˇŻs creation and existed long after. Others exploded with fury at the outset and faded into obscurity just quickly.

With?Boba Fett now on the scene in The Book of Boba Fett, reshaping a criminal empire in the void left by the death of Jabba the Hutt, there is no question he will encounter factions like these, all vying for the same slice of pie. Some he might deal with peacefully, others he could subjugate… and then there are those who will likely be looking for a fight.

As we take a look at some of the most notable names in crime in the Star Wars universe, it’s worth noting some of these players have been around a long time, others seemingly gone forever, and others may be in Boba’s future. But in this part of the Star Wars timeline, just about anything is possible, as the era barrels toward the events that presage The Force Awakens.

For hundreds of years, the Hutt Families controlled their own sectors of space in the outer rim, as well as the illicit activities that went on inside of it. They parlayed their family activities into becoming one of the most powerful and feared criminal enterprises in the galaxy. The family was run largely through a council of Hutt family leaders, one of the most prominent being Jabba the Hutt. Jabba operated his portion from the safety of his palace on Tatooine, overseeing everything from podraces like the Boonta Eve Classic to spice smuggling operations like those that Han Solo took part in. Jabba weathered the storms through the Clone Wars that threatened the Hutt Clan, namely the hostile takeover attempt of the Shadow Collective ¨C more on them below ¨C and consolidated power further during the time of the First Galactic Empire.

Thanks to Luke Skywalker and company, JabbaˇŻs time ruling the Hutt Clan came to an end and he perished in flames on Tatooine trying to execute Skywalker, Solo, and Chewbacca. This left a major power vacuum in the criminal underworld, looking for the right person to fill it. Somehow, Jabba’s majordomo Bib Fortuna survived the explosion of JabbaˇŻs Sail Barge and filled in for at least a little while; long enough for Boba Fett to murder him and take the throne at the end of The MandalorianˇŻs second season.

The Pyke Syndicate, run by the small-faced Pyke species, controlled much of the spice trade in the galaxy for a long time. From their home base on Oba Diah, they had controllers on?Kessel and the spice mines there. They operated independently during the Clone Wars until?Maul forced their participation into the Shadow Collective, where they were drafted in an action to attack Mandalore. After they were able to break free of the Shadow Collective, they held a shaky truce with the other elements like them, including Crimson Dawn. They were still power players in the galaxy by the time of the Galactic Civil War, getting an invitation to bid on Han Solo, while he was frozen in carbonite, from Crimson Dawn.

Black Sun is one of the most storied criminal syndicates in the Galaxy, run by members of the Falleen nobles from a base on Mustafar. One of their chief rackets was trafficking in enslaved sentients. They made the mistake of crossing Maul and Savage Opress as they put together their Shadow Collective, and were forced to join in that effort.

After the collapse of the Shadow Collective and rise of the Empire, Black Sun once again became a power player. They often recruited Imperial Cadets like Sabine Wren and Ketsu Onyo to work as enforcers for them. By the time of the New RepublicˇŻs founding, they had risen back to prominence as one of the most powerful criminal syndicates in the Outer Rim.

The Shadow Collective formed as a matter of necessity in the alliance between the renegade Sith Lord Maul and the?Mandalorian purists of Death Watch. Seeking to take back Mandalore from the pacifists led by the Duchess Satine Kryze that had gained control of the planet. In order to do that, Maul pressed a number of other criminal enterprisesˇŞBlack Sun, Crimson Dawn, the Pyke Syndicate, and the Hutt ClanˇŞinto service to attack Mandalore.

The one member of the Shadow Collective that wasnˇŻt able to rid itself of MaulˇŻs control was Crimson Dawn, one of the most ruthless organizations to appear on this list, often dealing with heists of valuable goods and artifacts. Fronted for a long time by the vicious gangster, Dryden Vos, Maul controlled the enterprise from the shadows. After killing Dryden Vos to save Han Solo, QiˇŻra took over the operation as the face of the operation in front of Maul.

Though the organization vanished for a while, they returned in force when they were able to steal Han Solo, frozen in carbonite, from Boba Fett en route to Jabba the Hutt. They werenˇŻt known as major players in the time of the New Republic, but that could also be a ruse to hide their true power.

Based on Corellia, the White Worms were commanded by the Grindalid Lady Proxima. She built a small army of Corellian scrumrats into a formidable criminal empire. The crimes they committed ranged from petty theft to trading of illicit goods and even people. At one point, Lady Proxima sold QˇŻira into slavery and put her on the path to controlling Crimson Dawn. Proxima maintained her criminal underworld for many years, through the time of the Empire, the New Republic, and well into the era of the conflict with the First Order and beyond.

Originally muscle for the defunct Crymorah syndicate, the Droid Gotra was headed by droids who advocated for droid rights and emancipation. Lethally when possible. To fund their ventures, they organized any number of illicit activities. A number of the Gotra are Battle Droids abandoned after the end of the Clone Wars. At one point, they hired Doctor Aphra to recover a deadly droid personality matrix, though she used it for herself instead.

The Gotra still operated during the New Republic era, and the Mandalorian Din Djarin heard them mentioned when he interrogated Gor Koresh as he sought surviving Mandalorians.

Kanjiklub, led by the scrappy fighter Tasu Leech, began as a group of slaves of the Hutt Clan. They went renegade and struck out on their own. They would loan money at high interest rates and go after those who failed to repay. One such deadbeat was Han Solo, who borrowed a whole bunch of money from them in order to capture rathtars. They operated in the Outer Rim and were feared wherever their name was uttered.

Known for their cybernetically-enhanced foot soldiers dressed in anonymous red uniforms, the Guavian Death Gang was one of the evilest and ruthless criminal enterprises in the galaxy. They were so feared, they were forced to operate outside of the Core Worlds because the other organizations didnˇŻt want to deal with them. Chased to the farther reaches of the galaxy, they operated with impunity, attacking those that owed them money or favors and shaking down anyone they needed to in order to keep their position.

Following the death of Jabba the Hutt and the power vacuum that was created, the Red Key Raiders tried to establish a foothold on Tatooine. Posing as a mining company, they began operating around Mos Pelgo and hatched a scheme to take a Huttlet named Borgo and teach him to be loyal to them and install him on JabbaˇŻs throne. Unfortunately for them, their operatives on Tatooine were killed by?Cobb Vanth and the Huttlet was taken by the sheriff. Though their plans on Tatooine were foiled, they continued operating throughout the galaxy at least through the time of the conflict with the First Order.

The Book of Boba Fett premieres December 29 on Disney+.

Bryan Young
Swankmotron
Bryan Young is an award-winning author, filmmaker, journalist, and comics writer. He's the co-author of the new Robotech Roleplaying Game and writer for outlets ranging from StarWars.Com and The Huffington Post to Syfy and /Film. His latest novel is BattleTech: Honor's Gauntlet.