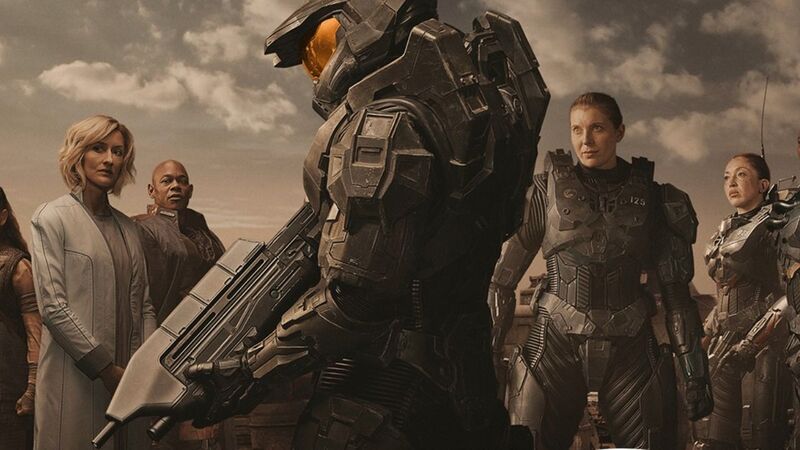 Welcome back to the world of Halo! Paramount+¡¯s new Halo television series is transporting viewers through slipspace to a galaxy of Spartan space adventures. Whether you¡¯re a seasoned spacefarer or are brand new to Halo, you¡¯ll want to grab your Mjolnir armor and expect the unexpected. Fortunately, you won¡¯t have to jump in totally unprepared; we¡¯re here to brief you on the characters¡ªfamiliar and not¡ªthat you¡¯ll be encountering on this thrillingly original galactic adventure.

Though Master Chief (Pablo Schreiber), aka John-117, is arguably the most famous character in the Halo franchise, his past is shrouded in mystery. Of course, his tragic beginnings as a child soldier are well-documented, thanks to the scientists who kidnapped him and dozens of other children in order to craft the perfect fighting machine. Fortunately for our John, he was able to survive the grueling and torturous experiments inflicted upon him; many of the others weren¡¯t so lucky.

Decades of involuntary military service later, John is now a Petty Officer for the United Nations Space Command (UNSC). Though he shines on the battlefield, little is known about who he is on the inside of that signature green armor. All we do know is that he has a thirst for victory, a dry wit, and an unwavering code of honor¡ªbut it seems likely that we¡¯ll uncover more in the upcoming series as, alongside his AI partner Cortana, he squares off against the Covenant, a terrifying alien threat determined to wipe humanity from the galaxy.

Girlbossing has never been spacier than with the brilliant, inscrutable, and morally iffy Dr. Catherine Halsey (Natascha McElhone). Dr. Halsey served as a scientific adviser for the Office of Naval Intelligence (ONI) for several years, after which she was promoted to chief scientist.

Her work was invaluable to the war effort, including the development of AI technology, the creation of the Mjolnir Powered Assault Armor, and, of course, the SPARTAN-II Program. After establishing a set of rigorous genetic criteria to screen potential candidates, Dr. Halsey hand-selected 75 children for the SPARTAN-II program, bringing them to the planet Reach, where they would train to become supersoldiers. And, of course, one of those children just so happened to be John-117.

Not every Spartan initiate turned out as well as our friend John. Such is the case of Soren-066 (Bokeem Woodbine), a former Spartan candidate and current privateer. Morally ambiguous and comfortable at the edges of human civilization, fate has different plans for this ghost from John¡¯s past, and he soon finds himself locked in conflict with his old friend. Will their reunion be a bloody one, or will their childhood bond be enough to bring Soren back into the fold?

With her intimidating and cold demeanor, it¡¯s no surprise that Admiral Margaret Parangosky (Shabana Azmi) runs a tight ship as the Commander-in-Chief of ONI. Following an impressive career as a military scientist, Parangosky quickly rose to the rank of admiral. Bold, calculating, and dangerous, she is more than willing to do anything necessary to win the day. Will her unsavory methods clash with John¡¯s unflappable righteousness? And, if they do, will he survive her wrath?

John may be the most skilled warrior of the 26th century, but skill alone isn¡¯t enough to save humanity from certain doom. Fortunately, he has his loyal partner Cortana (Jen Taylor) by his side. Though Cortana may seem like a simple AI sidekick to the uninitiated, this couldn¡¯t be further from the truth¡ªliterally. Created using a flash-cloned copy of Dr. Halsey¡¯s brain, she¡¯s the most advanced AI in human history, and may be the key to stopping the Covenant from wiping out the entire human race.

If you aren¡¯t afraid of the Covenant, you might want to reconsider¡ªthey¡¯re no ordinary alien threat, and they hate humans. United under a theocratic hegemony, this collective of multiple alien species maintains control of a significant portion of the Orion Arm in the Milky Way. Their worship of the Forerunners, an ancient and advanced species, has led them on a quest for transcendence. Central to their plan is the activation of the Halos, monolithic installations built by the Forerunners to combat a parasite known as the Flood. Unwelcome on the Covenant¡¯s great journey for divinity are the lesser species of the universe¡ªand, unfortunately, they consider humans decidedly unworthy. Now, the only hope of salvation against their powerful military forces is one Spartan soldier: Master Chief John-117.

In addition to the series¡¯ familiar faces, viewers can look forward to meeting several original characters, including shrewd teenager Kwan Ha (Yerin Ha), cybernetic supersoldier Spartan Vannak-134 (Bentley Kalu), the deadly Spartan Riz-128 (Natascha Culzac), and the courageous Spartan Kai-125 (Kate Kennedy). Time will tell how these new additions to the Halo universe will affect Master Chief¡¯s journey to save humanity¡ªand, fortunately, we don¡¯t have long to wait. Halo will be releasing exclusively on Paramount+ March 24, 2022. For more information about the world of Halo, visit halo.fandom.com.