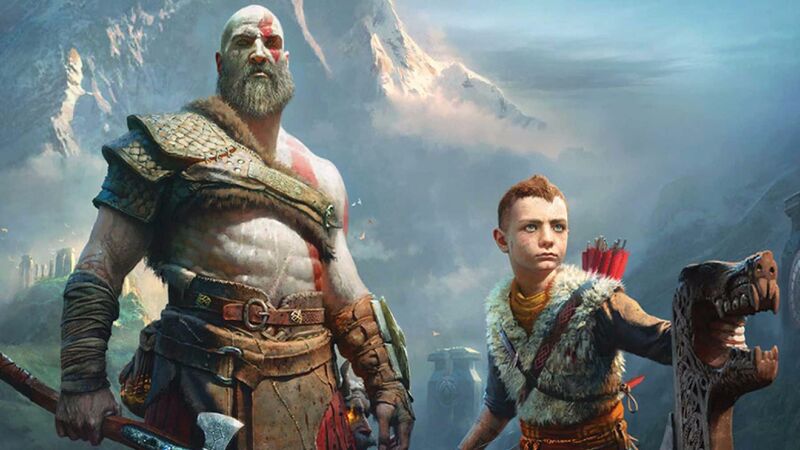 Meet the Characters: ¡®God of War¡¯

Great news for mythology buffs, RPG lovers, and DILF fans everywhere: God of War?is finally coming to PC. The beloved 2018 adventure is both the eighth installment of the God of War series and a reimagining of the franchise as a whole, ditching the Greek setting of games past for a new Norse world to explore. Ready to face the divine dangers in store? Prepare for battle with our guide to the characters you¡¯ll meet along the way.

Kratos, the epitome of the ¡°strong, silent type,¡± is the game¡¯s playable character and one of two protagonists. After making some tragic mistakes as a Spartan general in previous God of War games, he said a less-than-fond farewell to Greece and hightailed it north. It was there that he met his wife, Faye; together, they had a son, Atreus. Unfortunately, after Faye dies (this isn¡¯t a spoiler, I swear it happens right at the beginning), he¡¯s left figuring out how to be a single dad¡ªand it doesn¡¯t come easily.

You may not be able to tell just from looking at his hulking frame, but Kratos is a super strong dude. He can use his muscles for seemingly impossible tasks, like hoisting giant trees over his shoulder, smashing through boulders with his bare hands, or punching other gods right in the face. Of course, like any good war god, he¡¯s also skilled with his weapons. He¡¯s particularly handy with his Leviathan Axe, which he can use to freeze various obstacles or smash open an ogre¡¯s skull, depending on his mood (and whether or not he¡¯s fighting an ogre). In times of real trouble, he can call upon his Spartan Rage¡ªbasically, his enemies won¡¯t like him when he¡¯s angry.

Atreus is Faye and Kratos¡¯s son and the deuteragonist of the game. Though he was a sickly child, he¡¯s grown healthier as he¡¯s gotten older and is determined to fulfill his mother¡¯s last wish: scattering her ashes on the highest peak of the tallest mountain. He¡¯s prone to doing super helpful stuff like asking a ton of questions that Kratos doesn¡¯t want to answer and yelling at Kratos for going the wrong way when I¡¯m just trying to find some dang treasure chests, okay?

In all fairness, though, he¡¯s legitimately helpful sometimes¡ªunlike Kratos, he can read the ancient Norse writing found throughout the game, which comes in clutch when you¡¯re trying to solve a riddle or learn about various Norse fables. He can also be super helpful in battle, thanks to his Talon Bow. Though the bow is initially weak and pretty much only good for distracting enemies, leveling up the weapon (and Atreus himself) makes a big difference in battle. It¡¯s hard to be annoyed at a kid when he¡¯s climbing up a Draugr¡¯s shoulders in order to strangle him.

These two bickering brothers might not be great at getting along, but they sure are gifted at crafting weapons and armor for our boys¡ªincluding the Leviathan Axe, which they had originally gifted to Faye. Though the Dwarven bros originally worked as a pair, events in their past caused a rift between them, and ultimately they parted ways. Fortunately, they¡¯re both still willing to help Kratos out¡ªalbeit separately. Brok?(the blue one) and Sindri (the not-blue one) can upgrade gear if given the necessary materials, which is crucial for defeating the powerful enemies you¡¯ll encounter. The pair also have a slew of side quests up their sleeves, so be sure to check in with them if you¡¯re looking to level Kratos up. Or if you just want a break from the main story. (No judgement.)

The Witch of the Woods

The Witch meets Kratos and Atreus after a fatherly hunting lesson gone wrong, and turns out to be an invaluable ally in their adventures. She lives in an idyllic hut surrounded by lush foliage and peaceful animals, which basically looks like if a Thomas Kinkade painting was, like, actually good. She becomes fast friends with Atreus, but Kratos is wary of the nameless stranger¡ªespecially since she somehow knows that he is a foreign god. Regardless of his concerns, he allows her to help him and his son journey to Tyr¡¯s Temple. Though she is trapped in Midgard thanks to a curse (which I won’t tell you too much about, for spoiler reasons), she is a powerful witch, and is particularly adept at healing. Given the dangerous journey Kratos and Atreus are on, that might come in handy.

Mimir is known to most as the Smartest Man Alive, but Kratos just refers to him as ¡°Head.¡± (You could call it an affectionate nickname.) He¡¯s the Norse God of Knowledge and Wisdom, and originally served as Odin¡¯s advisor¡­ that is, until Odin trapped him in a tree for more than a century. Once Kratos frees him from his leafy prison, the talking head tags along on the journey, offering his unique brand of wisdom any time the mood strikes him¡ªwhich is, uh, often. Fortunately, some of what he says is actually pretty useful, and provides Kratos and Atreus with some much-needed guidance.

Baldur is the main antagonist in God of War and, frankly, a real pain in the ass. He first shows up right after Kratos finishes cremating Faye¡ªand, whew, this guy can not read a room. He confronts our grieving war god, fearlessly taunting and hitting him in spite of how straight-up scary Kratos looks. Turns out that isn’t really a concern for Baldur: not only is he a god as well, but he can¡¯t feel pain, so Kratos¡¯s impressive uppercut doesn¡¯t do much to slow him down. It seems that his dad, Odin, sent him after our boys, which might add a layer of challenge to their hike. No worries, though! Baldur must have a weakness. If only anyone knew what it was…