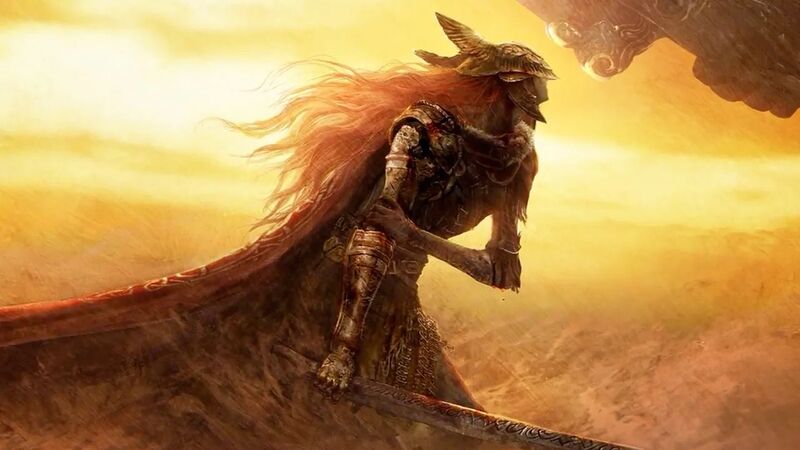 Elden Ring: Finding Love in the Lands Between

Watching the ˇ°YOU DIEDˇ± screen for the hundredth time as my TarnishedˇŻs body festered in an ocean of scarlet rot made me realize just how unforgiving a place the Lands Between can truly be. Sure, you can raid ancient catacombs for armor, discover legendary weaponry, or acquire great runes from demigods to help you conquer the deadly regions ruled by Queen Marika, but what of the most powerful weapon: love?

When embarking on a quest as massive as becoming Elden Lord, life can get rather lonely. Instead of worrying about which things will try to kill you (everything), why not ponder romance instead? When all is said and done, who would you have rule beside you as your Elden partner? Unfortunately, since learning to navigate a Lands Between dating app would require infinite trips to the Elden Ring wiki (although it is a good place to start), hereˇŻs a shortlist of some of the most datable NPCs in all of The Lands Between.

If you had, hypothetically, led a group of followers to an agonizing death where their limbs were severed and grafted onto a bizarre spider-like entity, thereˇŻs a good chance youˇŻd feel a bit of responsibility for the tragedy. YouˇŻd carry the guilt and fear alongside you.

This is where we find sheepish Roderika, on the precipice of giving up, ready to throw it all away and let the Lands Between claim her as it had so many others. With a little validation by the way of the ChrysalidsˇŻ Momento, she perks right up. All it takes is a message saying that her men always believed in her and want her to carry on.

But you know who else believes in her? You, Tarnished. She takes her place at the Roundtable Hold as the finest (and only) Spirit Tuner in all the lands. With a steady job and a newfound purpose, Roderika could easily become one of the best partners in all of Elden Ring. Considering spirit ashes help make the game significantly easier, being in a relationship with the person who empowers them could only be a plus. Spirit tuning at a loverˇŻs discount? Count me in.

If you didnˇŻt know you were maidenless before meeting White-Faced Varr¨¦, you certainly will afterward. Sure, he rubs your maidenless status in your face multiple times (ouch), and there are some theories out there that claim he may have even killed your maiden (double ouch), making your chances in the Lands Between near nil. He assumes youˇŻll suffer a miserable fate with nothing but the Two Fingers to guide you. How nice is it, then, that heˇŻs there to take you under his wing to help serve his lord, the Luminary Mohg! Just when you thought he was casting you away, he pulls you back in.

LetˇŻs not think of how much of a loser he made you feel when he called you maidenless, and we should absolutely ignore the possible murder of your maiden and blatant manipulation attempts to join his cause. Plus, who cares if he asked you to kill other Tarnished using some festering bloody fingers?

He calls you lambkin. And thatˇŻs all that really matters.

What could be nobler (and more attractive!) than wanting to restore the peaceful finality of death to the undead? Fia may have to sleep with many Tarnished champions to gain their energy and defy the will of those at the Roundtable Hold, but her goal is pure. She doesn’t seek the power of the Elden Lord for herself but wants to restore balance to the Lands Between.

You would have to get past her intention to lie with Godwyn and give him a second chance at ruling over death, and you’d need to be cool with the fact that she murdered a man in cold blood and vanished into the night, and you would also have to be okay with her being the mother of those Who Live in Death (a job with a title means more income, let’s not forget).

In the grand scheme of it all, those are but trifles. Why, you ask? In all the dozens of hours youˇŻll spend being invaded by phantoms and pierced by the blades of demigods and undead enemies,?sheˇŻs the only character that holds you and whispers sweet nothings into your ear. ItˇŻs got to mean something, right? FiaˇŻs embrace may cost you five percent of your health, but it’s worth it to get a little physical attention in the Lands Between.

This oneˇŻs for all you furries and Team Jacob fans out there. You discover Blaidd the Half-Wolf howling his little howls upon the highest part of the Mistwood Ruins, waiting for a dominant Tarnished like you to learn how to snap their fingers and demand his attention. With the utmost obedience, he grunts, then leaps from the tower and speaks to you in his soft, comforting tone. He eclipses you in height by almost double. Did your neck hurt while looking up at him like mine did? If so, then youˇŻve found the right guy.

Blaidd is charming, dedicated, and an able fighter, even going so far as to join alongside you in battling the monstrous Starscourge Radahn. He has all the qualities one could want in a partner, plus one: heˇŻs also half-wolf. Just don’t force him to go against his true nature as a being guided by the Two Fingers or you may regret the outcome.

Hewg may look a bit like the barnacle-laden Bootstrap Bill Turner, but his dedication to his craftˇŞforced though it may beˇŞand desire to see Roderika prosper are admirable traits. Also, heˇŻs the best blacksmith in all the Lands Between, slaving away at creating a god-slaying weapon. In a world where it’s your purpose to slay gods, what more could you ask for? Maybe lighting a fire in his heart may inspire him to strengthen your weapons even further and imbue them with the power of love.

ThereˇŻs a caveat of course. He can’t leave the Roundtable Hold. HeˇŻs bound by shackles to the very spot where you find him hammering. Even if the world began to collapse all around him, he wouldnˇŻt move. That means no long walks on the beach, no catacomb diving together, no dinners out at the Olive Gardenˇ­ You would be confined to a life of constant take-out or making dinners for him at the Roundtable Hold. But if heˇŻs sharpening the blades that protect your life, maybe itˇŻs a fair exchange?

Okay, so Seluvis treats you terribly the first time you meet… but maybe that means he likes you? HeˇŻs a scheming sorcerer who tries to take advantage of some of the noblest characters in the game. But what if he were on your side? The two of you could create potions to make anyone your puppets, even a demi-god. How useful would that be? Instead of dying to Malenia a?hundred times, you can just give her a sip of some delicious amber draught and sheˇŻd be yours to control.

Alright, Seluvis may not be the best option, but heˇŻs the only character that has a hidden dungeon that could be used for, uhˇ­ multiple purposes. Maybe just kill him and take it? Just make sure you clear all the dead human puppets first.

Can you imagine having one of the most powerful enemies in all of the From Software games as your beloved? Regular enemies would die with a slice of her sword, and invaders would cower in fear as the love of your life cuts them down like the scoundrels they are. Do you know that totally fair move she does where she throws you in the air and impales you on her sword, taking out almost all of your health in one go? Wouldn’t it be cool if she did that to someone else instead?

She does ooze scarlet rot out of every pore (which would cause you a slow, agonizing death if you got too close), so just make sure you’re stocked up on preserving boluses or a Flame Cleanse Me spell. Then you should be good to go!

Long ago, Ranni was behind the Night of the Black Knives, the single most important historical event in the lore of Elden Ring. Resistant to the control of the Two Fingers, Ranni rebelled and killed her flesh to cast away the Rune of Death that she stole. A bit lost? Me, too.

Throughout her quest line, youˇŻll have to travel all over the Lands Between and fight some vicious foes, including baleful shadows and the Lichdragon Fortissax, if youˇŻre to gain her favor. Becoming her paramour would give you the best ending the game has to offer. That being said, Ranni is in fact a living soul of a demi-god in the body of a doll. But she’s cute and blue, so thereˇŻs that.

Poor, poor Millicent. You discover her suffering from the very moment you meet her, bound to a spot on the floor of the Church of the Plague, moaning from her ails. Thanks to a bit of help from GowryˇŻs needle, sheˇŻll pop right up and youˇŻll occasionally find her along different parts of your journey. ItˇŻs a win-win relationship. You help her feel better, she gives you a talisman; you give?her a prosthetic arm, she helps you fight off the Godskin Apostle and a Draconic Tree Sentinel; help Millicent fight her sisters and she gives you the means to reverse a certain bad decision you?may have made that involves being naked with Three Fingers in a darkened room. (ItˇŻs a thing, but donˇŻt ask.)

As great as this all sounds, she isnˇŻt a fan of modern medicine and would rather let her failing body take on the scarlet rot on its own. MillicentˇŻs here for a good time, not a long time.

Have you ever used a modern dating app? Do you know those profiles of guys wearing sunglasses on a boat while holding up a big fish? I know you do. Do these pictures work for their intended purpose? I donˇŻt think so, but this perfectly encapsulates Bernahl when we first meet him. In a word, heˇŻs basic. A little goody two shoes following the light of grace, offering to help a fellow Tarnished in the ways of combat.

But what happens later? Well, this is the classic tale of a good boy gone bad, and who doesnˇŻt like a bad boy? He renounces his path and becomes Recusant Bernahl, slaying other Tarnished warriors like yourself who still seek grace. After finishing the Volcano Manor questline, maybe avoid him in Crumbling Farum Azula if you want to keep the love alive.

In the world of Elden Ring, the Two Fingers are interpreters of fate, maiden-giving grace guiders, and the scabby spokespeople (spokesthings?) of the greater will. You would need a finger reader crone like Enia to help translate what the Two Fingers are saying at any given time, but itˇŻs worth it.

The fingers tremble upon welcoming you to the Roundtable Hold. If thatˇŻs not a welcoming invitation and a sign of love at first sight, I donˇŻt know what is. Plus, two is the perfect amount of fingers, unlessˇ­

See: the Two Fingers, but imagine one more. And also they’re on fire.

Every possible romance in Elden Ring would come at a cost, a theme that runs parallel to each action you take. Death awaits you around every corner, but so too do riches and magic. Would you take the powerful Malenia at the risk of suffering scarlet rot, or would you choose the hard-working Hewg who is chained to his post? Would you prefer the cheeky White Mask Varr¨¦ or the sickly Millicent??Though when it comes down to it, I suppose the most difficult choice would be: Two Fingers or the Three?