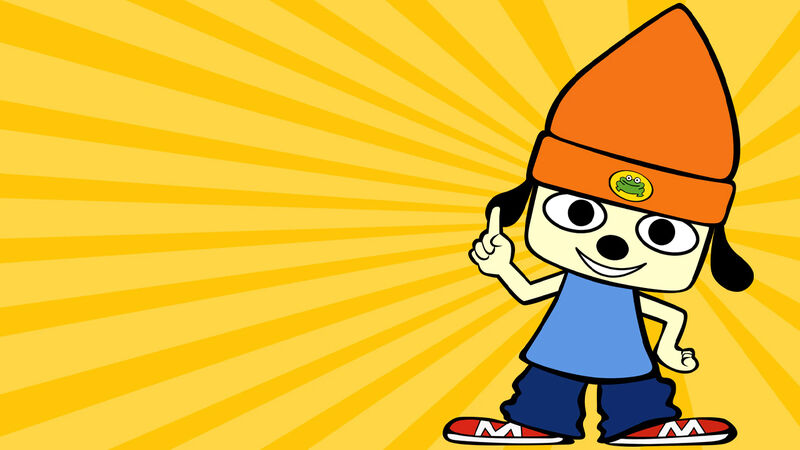 It’s hard to believe that the first time we met?PaRappa the Rappa was exactly 25 years ago in his debut game,?PaRappa the Rapper. Since then, everyone’s favorite rap-loving PlayStation pup has only appeared in PlayStation All-Stars, and a PS4 remaster of his games. PaRappa the Rapper pioneered the rhythm games genre, and we wouldn’t have titles like Beat Saber, Guitar Hero, or Friday Night Funkin’ without him. So in honor of this 25th anniversary, we here at Fandom have taken it upon ourselves to give you a definitive ranking of PaRappa’s best (and worst) songs.

Alright. So the reason why this one sits at the lowest rung is that it’s a reprise of the previous songs up until this point, justˇ­ bathroom-themed. That’s right. You rap battle your instructors in order to get to the toilet first. Each of the four featured PaRappa the Rapper songs shine brighter on their own rather than in this gas station medley.

Similar to “All Master’s Rap,” “Food Court” is a reprise of the five songs you’ve played so far in PaRappa the Rapper 2. However, “Food Court” instantly places higher on our list because it is 8-bit and video game-themed. You’re playing a video game IN a video game. (Hey, we love a trope.) Likewise, the songs are remixed this round as chiptune, which allows you to experience these familiar tunes differently and refreshingly.

There’s nothing TOO outstanding about “Hair Scare.” It’s your standard PaRappa rhythm rap and feels similar in its staccato style to “Chop Chop Master Onion’s Rap.” Once again, PaRappa has to balance a variety of commands and combos via Snip, Trim, Dye, etc. But the “Kids Don’t Try This at Home” warning always gives us a good laugh, though.

“Always Love” is the finale of PaRappa the Rapper 2, and sadly doesn’t have too much bombastic finale energy. Instead, it feels like a funk version of the first game’s finale. That being said, seeing PaRappa joined on stage by all of his musical friends is an excellent addition, and yes, as we mentioned earlier, the baseline of this track is very funky and fresh.

What happens when you mix karate and love? You get “Romantic Love,” the second song from PaRappa the Rapper 2. Props to Chop Chop Master Onion for expanding his karate business! Even betterˇŞthis smooth number is a duet! So feel free to grab your significant other and jam out to this romantic rap.

Now, this may be a controversial take, but Cheap Cheap’s rap, aka “Seafood Cake,” isn’t one of our top fives. Cheap Cheap tends to freestyle, with a unique flow that makes this one of the game’s most difficult levels. Its trickiness gives it an edge, but not enough to place it higher on this list. But, there is one plus side: you get to learn how to bake a lovely seafood cake!

Instructor Moosesha’s rap is a fast-paced and fun follow-up after the slower beats of BIG. She even throws a callback to her sister’s song from PaRappa the Rapper in her rap: “When I say boom boom boom, you say bam bam bam.” While the song’s subject matter is a bit basic, Moosesha’s rhythm and background track make it one of the better numbers in PaRappa the Rapper 2.

In a game that features a ghost that teaches you how to make burgers, the shrinking and growing ant song probably takes the weirdness cake. Guru Ant takes PaRappa on an R&B journey as the Denoodlizer grows and shrinks them throughout the rap. What makes this song truly fun is the emotional journey and performance of Guru Ant. He goes from calm and collected to anxious and sporadic in just a few verses. Additionally, is this growing and shrinking talk also an innuendo for something? I guess we’ll never know.

This is the song that started it all. Even if you never played through every level of PaRappa the Rapper, you are probably familiar with this introductory number. Its steady beat and catchy lyrics will have you quoting “kick, punch, it’s all in the mind” wherever you go. And once again, Chop Chop Master Onion knows how to pair movement with rhythm. Not only do you master the way of rapping in this number, but you also get some karate lessons at the same time. Talk about multitasking!

This reggae fusion song is a refreshing third number in the first PaRappa the Rapper. Prince Fleaswallow, who looks like he could be Rango’s cousin, delivers a smooth groove while running his small business. In a series that challenges its players with quick button prompts, it’s nice to have a slower number to truly master the rhythm of the game.

The villain of PaRappa the Rapper 2, Colonel Noodle, finally confronts PaRappa in this riveting noodling number. Throughout this rap, we witness the intense verbal food fight between noodles, and well, NOT noodles. This is a fiery and fun back-and-forth between these two characters. Also, it is impossible NOT to crave ANY of the foods mentioned after this song. We’re getting hungry just thinking about it!

Even if you haven’t played a single PaRappa the Rapper game, you’ll most likely recognize this song’s piano intro and lyrics, thanks to TikTok (ˇ°Alright, weˇŻre here. Just sitting in the carˇ±). Instructor Mooselini is one strict instructor, but darn it, you KNOW the basics of driving after this song. She also is one of the characters that truly gives her piece her all, which is why she sits at number three on our list. We can’t help but admire that level of commitment!

“Toasty Buns” is an absolute banger and is the perfect opening number for PaRappa the Rapper 2. Where “Chop Chop Master Onion’s Rap” was a straightforward intro into the rhythm game, “Toasty Buns” brings players into its respective game with a lot more flair. Also, a GHOST is telling you how to make burgers. 10/10.

And at number one, we have the finale of the first PaRappa the Rapper title, “PaRappa’s Live Rap.” Not only is PaRappa accompanied by the coolest flea in gaming, MC King Kong Mushi, but this is a number where he gets to truly shine. Throughout the game, PaRappa desperately tries to learn new skills to impress Sunny Funny when all he really needs to do is be himself! His trademark catchphrase is the song’s chorus, making it the perfect finale for the game and defining piece of the franchise.

That’s our rhythmic ranking of PaRappa the Rapper! Hopefully, this new console era will grant us more PaRappa The Rapper. Hell, Crash Bandicoot got a new game on the PS5 after ten yearsˇŞmaybe there’s hope for our favorite rapping pooch yet. As PaRappa would say, “I gotta believe!”