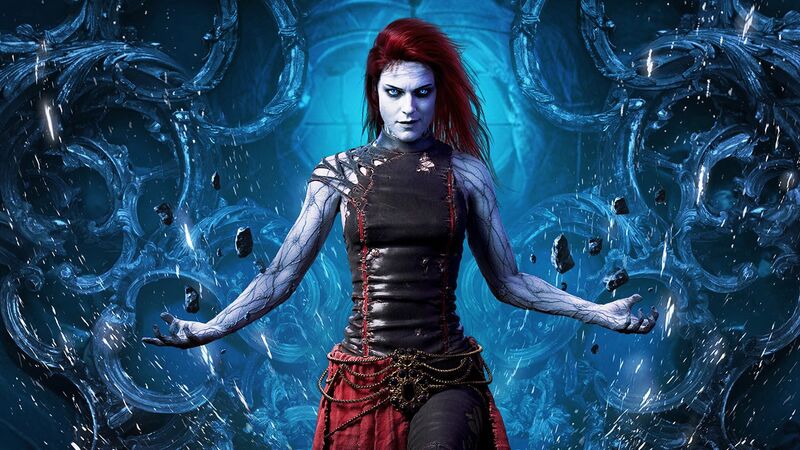 Since its release on April 1, 2021, Outriders hasnˇŻt released any post-launch contentˇŞuntil now. Outriders?Worldslayer launched on June 30, bringing massive updates to Enoch, including new skill trees, apocalypse tiers, mods, legendary gear, and endgame content. In the original story of Outriders (spoilers ahead, so if you havenˇŻt finished the game yet, go take 20 hours to do so, or continue at your own risk), an expedition is sent to the planet Enoch to set up a new human civilization, as Earth is no longer inhabitable. However, everything goes wrong when a mysterious Anomaly destroys the groupˇŻs technology, and leaves the human Outriders (the ones who survived, anyway) Altered, with powerful abilities. As one of these Altered Outriders, you have to fight aggressive aliens and unravel the brutal mysteries of the past 30 years.

Worldslayer picks up where Outriders ended, pitting players against Ereshkigal, leader of the human insurgents and believed to be the first Altered. The Anomaly storms are getting worse, and humanityˇŻs last hope for survival relies on you, Outrider. (No pressure, though.) After defeating Ereshkigal, youˇŻll have the chance to take on the Trial of Tarya Gratar, a dungeon run of increasing difficulty that can yield some of the best Legendary and Apocalyptic tiered loot. If that sounds intimidating, donˇŻt worry. With this handy dandy guide, youˇŻll feel like Apocalypse Tier 40 is World Tier 1ˇŞaka Outriders Worldslayer on EZ Mode.

Outriders has four possible character classes, each with their own distinct abilities, skill trees, and uses in battle. While picking the right class for you could be its own guide, hereˇŻs the TL;DR version:

The Devastator is a tank, ideal for close-range combat. Tricksters also deal damage at close range, but they slip in and out so quickly you only know they were there because of the damage they dealt. Pyromancers do their fiery tricks mid-range. The Technomancer uses their gadgets to do maximum damage (or healing) from a distance.

ItˇŻs important to understand your ideal playstyle, and pick a class that pairs well with it. However, bear in mind the above descriptionsˇŞclose-range, mid-range, long-rangeˇŞonly describe each classˇŻs Altered abilities. Skill trees allow massive modding to each characterˇŻs stats, so your Technomancer build can be buffed to withstand massive damage like a tank, equipped with a powerful shotgun, and charge the enemy while their Cryo Turret provides cover from afar.

The Trickster is a popular class, and recommended especially if you decide to take on Worldslayer solo. Its Temporal Blade and Cyclone slice can obliterate enemies who dare come near you, and Slow Trap effectively freezes all movement within its radius. (Okay, technically your enemies wonˇŻt be frozen, theyˇŻll just be slowed down so much their movement feels imperceptibleˇŞbut yours will be too, if youˇŻre inside.)

One of the best ways to have an easy time in Worldslayer? Play with your characterˇŻs skill tree. Skill Trees are composed of Major Nodes, which grant big-time percentage bonuses, connected by smaller nodes, which give small buffs.

There are three branches to each tree: Anomaly, which enhances the respective ClassˇŻs abilities; Weapons, which can significantly increase your damage output; and Survival, which can increase your health and help you withstand anything your enemies have to throw at you. You can choose what to level up by attributing Skill Points to the next available Node on the Skill Tree. We recommend a healthy balance between all three branches, but it really is up to your playstyle.

If you want to go hard with your abilities, relying on them for protection and damage, put all of your Skill Points into the Anomaly branch. You can respec your Skill Tree at any time, so if you decide throwing all your Skill Points into your Survival branch or a Weapon node doesnˇŻt make a difference in a fight, you can undo it and reassign that Skill Point to a better place. Given WorldslayerˇŻs design, itˇŻs worth experienced players giving their Skill Trees a once-over, just in case you need to make any changes to accommodate the demands of GlacierˇŻs Edge and Driftwater.

Worldslayer also introduces the Pax Tree, a separate skill tree that offers two additional subclasses for each character class. For the Devastator, those are Wrecker and Tectonic Shifter; for the Technomancer, Desolator and Overseer; the Pyromancer has Gunblazer and Pyromaniac; and the Trickster gets Specter and Exploiter. Every node in the Pax Tree has the effect of a Major Node in the regular skill tree, so choose wiselyˇŞit will have a ridiculously powerful effect on your character. It can also be completely respecˇŻd, so if youˇŻre not happy with your decision, you can always go back and change. ItˇŻs important to note Pax Tree points arenˇŻt acquired by grinding through gameplay. Rather, you earn them for progress milestones within the campaign. So donˇŻt try to be sneaky by repeating an early-game battle for easy XPˇŞyou wonˇŻt get anywhere on your Pax Tree that way.

We would be remiss if we didnˇŻt talk about the Trial of Tarya Gratar. It technically happens after defeating Ereshkigal, and can be done multiple times. Good thing, tooˇŞthis is where Worldslayer truly shines, and drops some of the finest, deadliest gear Enoch has to offer. Each time you die in a run, youˇŻll respawn at your last checkpoint. However, you only get three deaths per run, so be smart. All enemies and bosses are randomly generated in the Trial of Tarya Gratar, making it difficult to anticipate whatˇŻs coming, so be prepared to face anything.

YouˇŻll start the Trial in a Hub, with multiple doors to choose from. Each door represents one path you can take through the trial. While thereˇŻs no way of knowing who awaits behind each door, you can look at a map that will show you the layout of each potential run, as well as what type of loot it holds. LOOK AT THE MAP BEFORE YOU GO. Even if this is the only piece of advice you take away from this article, thatˇŻs okay. ThatˇŻs how important it is. These maps will show you how many rooms lie ahead, whether theyˇŻre optional or mandatory, and what you can expect from each Trove (super hard rooms that drop Apocalypse and Legendary loot). Since the main reason to do the Trial of Tarya Gratar is to get excellent loot, you should pick a door that has a lot of Troves behind it. If you make it to the Final Trial and beat the boss that awaits, youˇŻll receiveˇŞyou guessed itˇŞthe most powerful loot in the whole run. Then you can go back to camp, heal, respec if so desired, and do the whole thing over again! YouˇŻll want to gather as much loot as possible, becauseˇ­

Creativity is Your Greatest Weapon

Part of the beauty of Outriders is its nearly infinite possibilities for customization, and not just on the Skill Tree.? Any weapons or armor you find on a run can be disassembled for parts, which can then be grafted onto other gear. So, in theory, you could take a mod you really like from a weapon that doesnˇŻt work with your build, and put it onto your favorite weapon thatˇŻs already been highly upgraded in your Skill Tree. Each weapon has two mod slots, so use them wisely.

Disassembling your weapons can also get you titanium, a major resource in Outriders, and (new with Worldslayer) Anomaly Extract. This can be used to improve Apocalypse-level items, so youˇŻre going to want a lot of it. The best way to find Apocalypse gear is to play WorldslayerˇŻs new Apocalypse Tiers; the higher the level, the more likely you are to find these powerful items.

Oh, one more thing on this pointˇŞthe Apocalypse gear has three mod slots. Have fun with that.

While you certainly have the choice to face Worldslayer solo (and our tips will help you should you exercise that choice), playing in a group wonˇŻt only make your run easier, itˇŻll make it downright enjoyable. Outriders allows up to three people to squad up for a reason: the game wants you to have friends and play with them. You can also coordinate with your squad to make sure everyone plays a different class, maximizing your Altered abilities on the map as you face down your enemies. Imagine a DevastatorˇŻs Earthquake, a PyromancerˇŻs Eruption, and a TechnomancerˇŻs Blighted Turret working in conjunction with one another! Those Insurgents and Ferals have a snowballˇŻs chance in hell. Plus, itˇŻs always good to have a little backup as you face the increasing waves of enemies in the Trial of Tarya Gratar.

If you use all of these tips, youˇŻll be sailing through EreshkigalˇŻs ilk and the Trial of Tarya Gratar like itˇŻs nothing. Outrider, go suit up and play on EZ Mode.