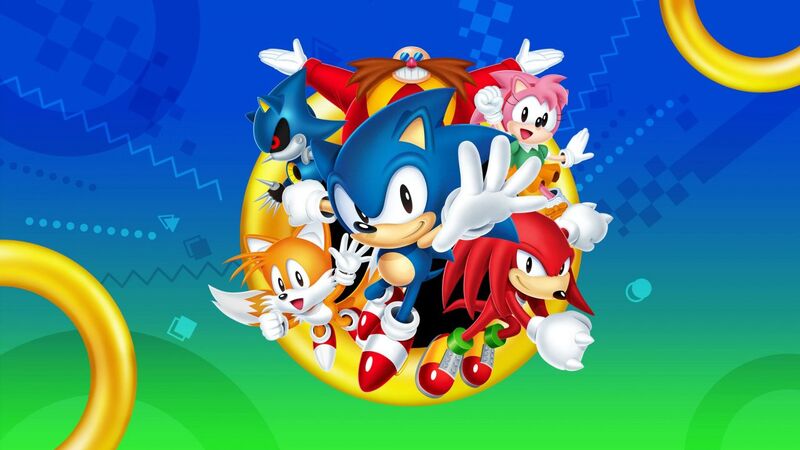 Sonic Origins launched on June 23, reintroducing everyone to the worldˇŻs favorite speedy hedgehog, his foxy pal Tails, and his nemeses, Dr. Robotnik and Knuckles the echidna. (Yes, we know Knuckles is an ally in other games, but heˇŻs an enemy in this one, okay?) Origins is a collection of four of the earliest installments of the Sonic franchise: Sonic the Hedgehog, Sonic the Hedgehog 2, Sonic CD, and Sonic the Hedgehog 3 & Knuckles. If that sounds like a lot of game, you donˇŻt know the half of itˇŞeach of the games comes equipped with four different modes: Anniversary Mode, Classic Mode, Boss Rush, and Mirror Mode. But donˇŻt be intimidated! Whichever way you choose to play Sonic Origins, weˇŻre here to help. HereˇŻs how you can play these Sonic games like theyˇŻre on EZ Mode.

If youˇŻre playing Sonic Origins in Anniversary Mode, dying is, at worst, annoying. However, in Classic Mode, it can result in a dreaded Game Over. Fortunately, there are several ways to stave off these tragic setbacks. One of the most obvious elements of a Sonic level are the rings located throughout each one that Sonic collects as he races to the finish line. While you can get a nice point boost for rings held at the end of a level, during gameplay, rings can save you from an untimely end. If you get hit by an enemy, youˇŻll drop all the rings currently in your possession, the precious items scattering across the ground, but you wonˇŻt die. Quickly pick up some of your dropped rings to get the protection back, and be on your way. The more rings you have when you get hit, the easier it is to pick up several of them after getting hitˇŞbut even one ring has the power to keep you alive.

Sonic Origins offers other means of protection throughout each level. Shields and ring bonuses can be found tucked away in hidden recesses you might otherwise pass by without a second glance. The ring boxes are a great way to get a quick 10-ring boost to your stash. Shield boxes, on the other hand, will surround you with a translucent circle of protection. Like rings, shields can absorb the impact from an enemy, keeping you running towards a nice time bonus. Plus, if youˇŻre wearing a shield when you get hit, you wonˇŻt lose all your rings! Be warned, though: shields will disappear as soon as you come into contact with a dangerous element.

Sonic Origins also hides the occasional Invincible box during a level, which, as the name implies, completely protects you from all damage. Unlike a shield, Invincible wonˇŻt disappear when you get hit by an enemy, run into lava, or slam into sharp spikes. Rather, it stays with you until the effect wears off. Though harder to do while playing Classic Mode (since itˇŻs displayed in SonicˇŻs original 4:3 ratio), try to look ahead in your run to see where these buffs are hiding. ItˇŻs worth a quick detour for extra protection, especially if youˇŻre nearing a boss fight.

Of course, the best way not to die is to avoid enemies all together (or hurting them before they hurt you). ItˇŻs important to know what enemies and obstacles you may come across so you know how to best respond. Do the bugs shoot things at you? Does the spiked enemy move? An ill-timed jump or Spin Attack can backfire quickly if youˇŻre not prepared. If youˇŻre a completionist who likes to earn all in-game trophies, itˇŻs worth taking the extra time to eliminate all enemies before they take you out. However, if these achievements are less important to you than a speedy run, itˇŻs always possible to bypass enemies instead of engaging. In Sonic Origins, the enemies and obstacles increase the lower you get, so try and stick to the high ground to eliminate the number of possible encounters.

There are two ways to go through a Sonic level: fast, or thorough. LetˇŻs talk about the latter first. Exploring every nook and cranny of each level to completion is a great way to find every single ring, shield, and other bonus item in an area, and itˇŻs also an avenue to finding hidden levels. A lot of the levels in Sonic Origins require specific timing in order to safely proceed, whether itˇŻs jumping across bricks between lava falls or waiting for a spiky chandelier to lower so you can ride it up. This also applies to some boss fights; it feels counterintuitive, but more than once Sonic Origins requires you to simply dodge timed attacks without retaliating in order to defeat that phase of Dr. RobotnikˇŻs plan. As the saying goes: slow and steady wins the race. A well-paced Sonic run is a surefire way to a safe and careful victory.

But letˇŻs be honest hereˇŞthis is Sonic the Hedgehog. Zooming through levels like a blue Usain Bolt is a major part of the fun. YouˇŻll also get huge bonus points at the end of each level for a fast time. Just be aware this method comes with a high level of risk as well: youˇŻll have less time to see and react to things that could hurt or kill you, which would significantly slow your overall time. DonˇŻt be afraid to retry a level, adapting your strategy to accommodate newly discovered dangers.

One of the gameplay options in Sonic Origins is Story Mode, which essentially lets you play all four games in order at once; no need to change islands after beating one game. Not only does this create a more streamlined experience, it also gives you access to new animated cutscenes made specifically for Sonic Origins.

Remember how earlier we said to forget everything you know about Sonic that happened after 1994? Well, thatˇŻs not entirely accurate. One of the islands you can visit in Sonic Origins is the Museum. As you complete different in-game goals and earn trophies, youˇŻll be able to unlock various cutscenes, movie clips, artwork, and music from the Sonic franchise, all the way from its beginning up through present day. You can also unlock Museum items by spending in-game coins, or buying DLCs.

Longtime Sonic fans probably remember the Chaos Emeralds, important collectibles in each game. Only by getting a hold of every Chaos Emerald is it possible to defeat Dr. Robotnik once and for all, thereby beating the game. You can earn Chaos Emeralds by completing secret stages and mini-games located throughout each game. Some examples of these include Blue Spheres, where you must collect all the blue spheres and avoid red ones; Rotating Maze, which holds a Chaos Emerald at its center; a Half Pipe challenge (self-explanatory); and more. In Sonic the Hedgehog and Sonic CD, these stages can be accessed by completing a level with at least 50 rings. However, the secret stage must be found in Sonic the Hedgehog 2, and players will need to jump through a hidden giant ring in Sonic the Hedgehog 3 & Knuckles. If you fail a stage or game before acquiring its Chaos Emerald, youˇŻll either have to forfeit or pay one in-game coin for a retry. In addition to unlocking each gameˇŻs true ending, collecting Chaos Emeralds in Sonic Origins will also allow you to morph into Super Sonic while playing Sonic The Hedgehog 2 and Sonic the Hedgehog 3 & Knuckles.

So what are you waiting for? With these tips, youˇŻll soon be lacing up your red shoes and speeding your way to victory on EZ Mode.