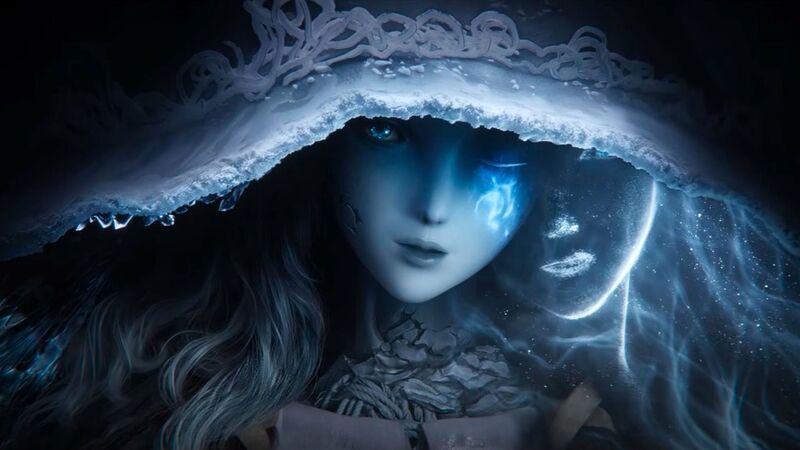 How I Learned to Stop Worrying and Love Soulsborne

In 2019 things were busy. Going from job to job, thing to thing. Between work obligations and social events. In the midst of it al, I kept hearing about this game, Dark Souls III, from friends and colleagues. ˇ°So hard,ˇ± they said. ˇ°YouˇŻll die constantly,ˇ± they said. ˇ°I nearly threw my controller into my TV!ˇ± they said.

This was just not something I had time for. A game so hard it would revert me back to toddlerdom. Throwing my controller? The built-up rage and frustration? No, thank you. I was a busy person with a busy life. No time for that.

In 2020, we all found ourselves indoors with a lot of time on our handsˇŞmyself included. I started off playing some of my familiar favorites: classics like?Portal 2, Grand Theft Auto: Vice City, and?Teenage Mutant Ninja Turtles IV: Turtles in Time.?But eventually, as the days turned into weeks, and the weeks turned into months, I figured, ˇ°What the heck, IˇŻve got the time now,ˇ± and picked up my first Soulsborne game.

Two years later, IˇŻve played all the FromSoftware games, and no TVs have had controllers thrown into them (yet). With time now plentiful, I found myself wanting to play these long, hard games and I wasnˇŻt alone.. So many friends went from ˇ°I just donˇŻt think those are for meˇ± to loving the character creation, gruesome bosses, and challenging gameplay.

This all culminated last March with the release of Elden Ring. With Elden Ring, FromSoft took into account all the things their fans discussed about previous Soulsborne games, their likes and dislikes, and factored it into a single open-world package.

If you donˇŻt know, the Soulsborne series is a collection of notoriously difficult games from FromSoftware and director Hidetaka Miyazaki. After creating your character and selecting your class, youˇŻre dropped into a mysterious (and often terrifying) world, with limited guidance beyond a basic combat tutorial.

The plot and storylines are astoundingly opaque, and only become clearer through cut scenes, characters you meet, or storylines you choose to do. You rack up points (Souls, Blood Echoes, or Runes, depending on the game) that you use to increase your characterˇŻs stats, purchase items, or upgrade your weapons.

Most importantly, your main task is to survive. This can oftentimes prove to be difficult, thanks to a variety of foes of differing skill sets and bosses who sometimes seem straight out of your nightmares. Those are the basic building blocks of a Soulsborne game, but what is it that has made these games so special and so addicting?

For myself, it didnˇŻt start with one of the Souls games proper. It began with Bloodborne. Imagine if HP Lovecraft crashed into Charles DickensˇŻs LondonˇŞthatˇŻs Bloodborne. At first, I found myself dying constantly. I knew thatˇŻd be the case, but even still, I thought I had done something wrong, that I had made some mistake, be it in choice of weapon or class. (Personally, I like fast weapons and placing all my points in strength.)

Soon enough, though, I began to learn the enemyˇŻs patterns. Where they are, what they do. Their weak points. I began making progress. Still dying, for sure, and having to start again, but going and getting better. In 2020, there was nothing to do but just sit with the game and progress. No meeting with friends, no going to the movies, no trips to the gym. Just Bloodborne.

Soon enough the game had me entering this zen-like state. Hours felt like minutes. I was easily taking down bosses that previously seemed impossible. At that point, a sense of euphoria hit meˇŞI felt like a god. I had accomplished something. I had a goal, I set out, and I did it. And honestly, in the pandemic, having goals and accomplishments (even if they are taking out the Cleric Beast or showing the Orphan of Kos who his daddy is) felt amazing. This is especially true in a game that is known first and foremost for its difficulty. Having time on my hands suddenly made it possible to learn the game, learn its pattern, and conquer it.

Also, the fact that the game is long is certainly a plus. ItˇŻs not something you can beat in one afternoon on your first goˇŞyou’re definitely going to get your money’s worth. Soulsborne games are long, but theyˇŻre like that for a reason. Some games today may boast that they can take 500 hours to complete, but oftentimes itˇŻs just a lot of copy and pasteˇŞfreeing up similar looking encampments, taking out the same enemy types, completing the same fetch quests, over and over and over.

The Soulsborne games, on the other hand, just keep expanding. You go from a normal-looking town, to a castle, to a poison forest, to a haunted dungeon. YouˇŻll fight a skeleton, then a dragon, then a rat that spits fire. No boss looks like any other boss. Some can talk; some just scream and have fifteen arms and vomit up poison blood that can turn you into a tree. Each area gives you something that makes you go, ˇ°Wellˇ­ thatˇŻs new!ˇ±

Part of the fun of Elden Ring has been talking with friends about where they are in the game and what theyˇŻve found. And because of the nature of the game, everyoneˇŻs answer is different: ˇ°You gotten to the area thatˇŻs a lot like Midsommar?ˇ± ˇ°What? Noˇ­ did you see the jellyfish graveyard though?ˇ±

So where does one begin when approaching the Soulsborne games? Personally, I recommend Bloodborne, because it rules. Honestly, though,?Elden Ring?is a great start, and includes a lot of mechanics missing in previous Soulsborne games. For example, the ability to jump! Now, I know what youˇŻre saying: ˇ°Jumping? Really? WeˇŻve been jumping since?Frogger.ˇ± True! But it wasnˇŻt something you knew you wanted in the Soulsborne games until Sekiro, when they introduced the mechanic. You could always roll to avoid an enemy. But a jump?! And now with Elden Ring, you get not just the ability to ride a horse, but to double jump with the horse. How about that?

With each entry from DemonˇŻs Souls on, FromSoft introduces a new game mechanic. Elden Ring is all the Soulsborne games perfected, with elements taken from the previous games and placed inside this weird beautiful tapestry of death. Elden RingˇŻs main unique element is its massive open world. The fact is, as large and expansive as the Soulsborne games are, you can eventually hit a wall. You get to a boss, andˇŞboyˇŞheˇŻs hard, so youˇŻre going back, farming points and then going back to the boss, hoping it was enough. In Elden Ring, itˇŻs a different story. Boss too hard? Just go to a whole new area and find a new boss. The walls have vanished.

Soulsborne is a series that at first can feel like punishing homework, but, given enough perseverance, turns out to be an incredible ride. Sometimes a game is more than a gameˇŞitˇŻs the experience had, the feelings it inspires. For me, the Soulsborne games were daunting at first, but they soon became such a rewarding experience.