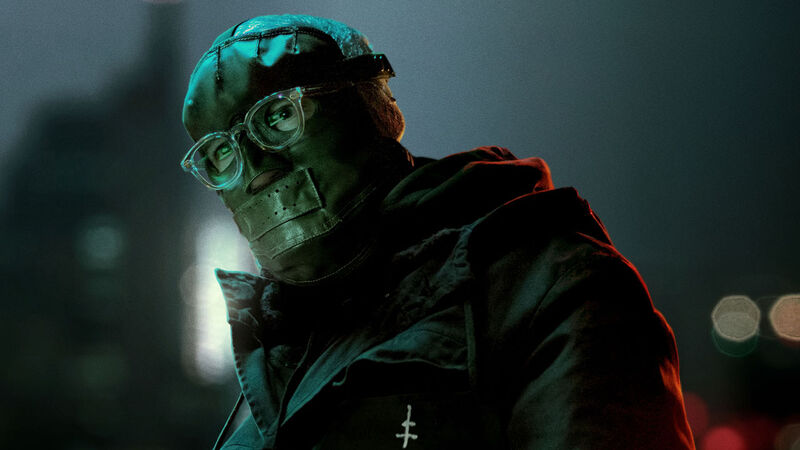 Warning: FULL SPOILERS for The Batman (and Seven) followˇ­

Director Matt ReevesˇŻ dark and captivating take on Batman?has become a massive hit, giving us an intensely obsessed version of the Caped Crusader, one who has very little interest at all in existing as Bruce Wayne. Reeves pulled from many different sources of inspiration for The Batman, from his love of film noir to iconic Batman comic stories like Year One and The Long Halloween, delivering unto us a big screen Bats whoˇŻs the most detective-driven live-action version of the character yet.

Riddler, played by Paul Dano in the film, also feels like an effective amalgam of other notorious evil-doers – from the real life Zodiac Killer (someone Reeves has noted was an influence) to the fictional Jigsaw from the Saw horror franchise. But the villain Riddler embodies the most is ˇ°John Doeˇ± from David FincherˇŻs Seven?(or Se7en if you’re so inclined to write it that way). In fact, there are several aspects of The Batman that seemed to pull from the creepiest and ickiest parts of Seven, which is why the film plays as horrifically as it does during key moments.

HereˇŻs a look at some of the key ways 1995ˇŻs Seven provided the brutal background radiation for The Batman, giving us a wretched Riddler and a nerve-shattering ˇ°bat and mouseˇ± game of hero and villain.

Here’s one last Spoiler Warning for you if you haven’t seen The Batman!

In Seven, John Doe was a nobody who sought glory through his ˇ°work.ˇ± Though he also purposefully designed himself to be anonymous ¨C cutting off his fingerprints and changing his name to John Doe ¨C Kevin SpaceyˇŻs maniac was called out on his BS by Detectives Mills (Brad Pitt) and Somerset (Morgan Freeman) for taking pleasure in his wickedness and also wanting to achieve a specific type of notoriety for his deadly deeds.

Edward Nashton, AKA Riddler, felt invisible and neglected his whole life. And while he didnˇŻt take extra steps to fall off the grid like John Doe, he used his underdog status and ˇ°nobodyˇ±ness to his advantage, allowing him to strike out against GothamˇŻs corruption and remain undetected. He too sought fame for his work, though he was also more than happy to eventually admit to that.

John Doe targeted those he felt were ˇ°guiltyˇ± and a blight on humanity (they were, in some manner, indulging in one of the seven deadly sins Doe was shining a spotlight on), while Nashton was actually going after true-to-life criminals, even if they’d hidden their crimes from the public up until now. You might even argue that, until the final, nihilistic and ghastly step of NashtonˇŻs plan — the flooding of Gotham and the rifle assault on its citizens — Riddler had more successfully targeted those truly pulling the strings in the criminal underworld in a few days than Batman had in a couple of years.

In both cases, these killers were out to expose what they perceived as corruption and perversion. One, Riddler, just happened to actually be lashing out at actual, more tangible corruption while the other was a religious zealot, killing and maiming those he believed to have done such grievous wrongs that they deserved to die.

The Timetables and Methods

Riddler and John Doe both had a ticking clock for their exploits. For Riddler, he gave himself one week – from Halloween to Election Day. For John Doe, there was a similar idea, to take out one victim a day across seven days. Both men needed things to play out in a very timely and orderly fashion, relying heavily on the investigating cops (or costumed vigilantes, as the case may be) figuring out clues in an efficient and aggressive manner to further their plans.

Yes, sometimes these killers needed to alert the public to when theyˇŻd committed their latest atrocity, but that went hand-in-hand with the good guys figuring out key clues on time. In Seven, if the cops had never seen the scratch on the floor, they never would have moved the fridge and found the word ˇ°GLUTTONY.ˇ± If the attorneyˇŻs wife hadnˇŻt noticed the one painting was upside-down, Mills and Somerset would have never found the fingerprint message leading them from ˇ°GREEDˇ± to ˇ°SLOTH.ˇ± And so on. Riddler needed Batman and Jim Gordon to solve ciphers and riddles in order to point them in the direction he wanted them in his journey to expose GothamˇŻs full-scale duplicity.

Oh, and speaking of purposefully leaving clues, obviously?cutting off pieces of people was a big deal for John Doe, but Riddler got in on it too. Specifically, the use of someoneˇŻs detached digit as a clue, an arrow pointing to something next in the puzzle. For Riddler, it was Mayor MitchellˇŻs thumb, which Batman and Gordon would eventually use to unlock an encrypted thumb drive. In Seven, it worked a little backwards as John Doe cut off Theodore AllenˇŻs hand and used the prints to spell ˇ°HELP MEˇ± on the wall of a different crime scene, which would then lead the cops to AllenˇŻs apartment.

The Lair and the Journals

In one of The BatmanˇŻs most Seven-evoking moments, Nashton is apprehended and his apartment discovered and it turns out to be crowded, busy bunker of madness just like that of John Doe. ItˇŻs filled with maps and plans and prototype traps and ¨C most of all ¨C NashtonˇŻs mad scrawlings captured in hundreds of handwritten journals detailing his descent into madness. Again, very much in the vein of John Doe.

The biggest difference is that John Doe never intended to get found out and exposed the way he was, which was a bit of a fluke. Nashton on the other hand very much did want the cops in his apartment because heˇŻd just killed Carmine Falcone and it was the next step in his plan. Both killers, however, did make a bold next moveˇ­.

ˇ­which was hand themselves over to the cops. Practically gift wrapped. For Nashton, it was what was supposed to happen. For John Doe, it was an improvised play, inspired by Mills and Somerset finding and chasing him earlier – and a new improvised endgame based on DoeˇŻs newfound obsession with Mills.

So yes, both villains were in custody when the final parts of their diabolical plans unfolded and, unlike some other “the bad guy wants to be caught” scenarios we’ve seen, neither Riddler or John Doe intended to escape as part of their next step. They were content to remain a prisoner and simply see their work unfold.

Both Batman and David Mills angrily tell their foes that theyˇŻre pathetic and will be forgotten. Riddler and Doe want to teach the ultimate lesson and be remembered for their crusade but are told by the hero that theyˇŻre losers whoˇŻll easily be washed away by history.

However, things then went horribly awry for David Mills, as most will recall (ˇ°WhatˇŻs in the box?!ˇ±). The way that movie ended, itˇŻs clear that these Deadly Sin murders would go down in the annals of serial killer history. For Batman, well, RiddlerˇŻs final move was still yet to come and the Caped Crusader, whoˇŻd been running roughshod over Gotham in the name of vengeance would learn that he actually inspired Riddler, who considered himself to be a hero. BatmanˇŻs violent crusade to purge Gotham of the criminal element brought out other vigilantes, who also said they were ˇ°Vengeance,ˇ± making him realize he needed to become something better for the city. A dark lesson to be sure, but one that at least seems to be aiming towards a potential brighter future for Bruce Wayne than the one we envision for David Mills.

Intended Victims That
Break the Pattern

Both Riddler and John Doe have a clear M.O. and type of target for most of their psychotic run but, as things escalate, both then aim their murderous sights on people that don’t fit the mold. For Riddler, this began with trying to kill Bruce Wayne. This was personal. Unlike the previous victims, Bruce had never done anything except be the son of someone Riddler deemed corrupt. And Nashton had grown up resenting the press attention given to Bruce as a rich orphan when he himself was a tossed-away poor orphan (in the Wayne familyˇŻs increasingly neglected orphanage). So this was the case of him targeting an innocent man and an indication that Riddler was capable of stretching his crazy plot so thin that it could include people who didnˇŻt deserve his brand of justice, which would level up to a horrifying degree with his entire intended endgame.

For John Doe, he had to throw together a whole new ˇ°ENVYˇ± and ˇ°WRATHˇ± tableau once Mills and Somerset crashed his pad and changed the game. And in this new final chess move, the victims suddenly shifted to being the?victims of the sin in question, and not necessarily sinners themselves. Poor Tracy Mills?(Gwyneth Paltrow) stands out in particular as the victim of envy, not the perpetrator, as we learn Doe killed her in what he describes as his own envious act caused by his?jealously towards Mills. Doe himself then became the victim of wrath (successfully goading Mills to “become wrath” and kill him), not the wrathful one in this scenario – though obviously he was far from the innocent Tracy was, even by his own warped point of view, now that he’d labeled himself guilty of envy.

So you see, even those with strict regimens have cheat days.

Click the image below as a real life lawyer looks at just how legally responsible Batman could be for damage done while he’s fighting crime.