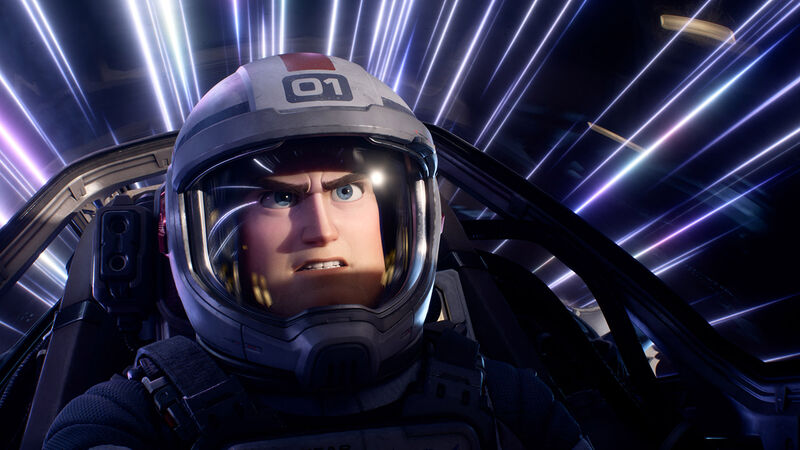 If you¡¯re going to the movies this year, there¡¯s a decent chance you¡¯re hearing the music of Michael Giacchino. In March, he provided the score for The Batman, and just last week, the Giacchino-scored Jurassic World Dominion opened, while next month sees the release of Thor: Love and Thunder, also boasting original Giacchino music. But this?week is all about Lightyear, as the very busy composer provides his eighth score for a Pixar film, following The Incredibles, Ratatouille, Up, Cars 2, Inside Out, Coco, and Incredibles 2.

The prolific Giacchino spoke to Fandom about diving back into space adventure with Lightyear ¨C having previously scored a couple of notable projects with Star in the title ¨C along with the process of finding a memorable musical theme and more, including a bit about the upcoming Marvel Studios / MCU special he¡¯s directing for Disney+.

From Star Trek and Star Wars
to Star Command

Focusing on Space Ranger Buzz Lightyear (here voiced by Chris Evans), in a?story totally separate from what we saw of Buzz Lightyear the toy in the?Toy Story films, Lightyear is the first Pixar film to delve into a true sci-fi adventure realm (WALL-E was sci-fi too, yes, but going for a very different tone). When you open that door, it¡¯s virtually impossible to not think of a couple of the granddaddies in that arena, Star Trek and Star Wars – huge, decades-old franchises Giacchino has directly worked on thanks to his scores for the 2009 Star Trek?film and its two sequels and for 2016¡¯s Rogue One: A Star Wars Story.

Lightyear director Angus MacLane has spoken about the influences 1980s films had on the film, and Giacchino said he took that to heart, noting, ¡°Growing up in the 80s, it was just film score after film score that was so amazing and movie after movie that was incredible. You were constantly being delivered these new and exciting ideas. So to be able to take something like Toy Story, and take a portion of it and expand it into this new original thing, it was a challenge, yes, but it was a really welcome challenge. Because anytime you get to do something new is wonderful. And I think that the more we can do of that is always better. But it was just a blast, sort of digging down into my deep love of these kinds of movies.”

Randy Newman wrote terrific scores for the Toy Story films, but Giacchino explained that in conversations with MacLane, they quickly decided they wouldn¡¯t lean into any of that previous music. ¡°Right up front, it was decided we should not be quoting anything from that. That should stand on its own and be its own wonderful, beautiful, awesome thing and we will then go off and try and do our version of what is new here.¡±

Giacchino added that film¡¯s basic set up, and the idea that this is not the same Buzz Lightyear we knew in the Toy Story films, ¡°helped us and allowed us a lot of freedom and going in directions where we didn’t have to worry about anything [from before], we just did what we thought was right for him.¡±

Giacchino mentioned that as much as he loved scoring Star Trek and Star Wars, working on those meant you had to keep in mind the specific musical history, whereas on Lightyear, ¡°It was just just going for it and having a lot of fun with it¡­ Usually you’re kind of held back and ¡®Okay, it’s Star Trek.¡± For this, I just felt completely free and open.¡±

A THEME WORTHY OF A SPACE RANGER?

As the aforementioned Star Trek and Star Wars prove, a big, rousing space adventure is usually accompanied by big, rousing, adventurous theme. Of course, a hummable, catchy main theme is something Giacchino has certainly provided before — even just this year, given how much people loved his music for The Batman?— and he does so again with Lightyear (you can hear the film’s main theme in the “Mission Perpetual” piece of the score embedded below.

Discussing finding those themes, Giacchino said it wasn¡¯t always simple, explaining, ¡°I’m always lost in my own little world. And the filmmakers I’m working with, when I see a smile on their face, or where I see them really engaging in the work that I’m doing, that for me is the place where I’m most happy. I’m always looking for that because they’ve been living with this in their mind for years, far longer than I have. And if I can tap into whatever that is deep in their soul in their brain that that is this idea, then I feel good about that.¡±

He added, ¡°Even if I think it’s catchy, it’s not as relevant as if they think it is, you know what I mean? You always want the people you’re working with to be on the same page as you, so until you play it for him, you just don’t know.¡±

From Star Wars and Star Trek to Mission: Impossible and Batman, Giacchino has now provided scores for a lot of long running franchises and characters, intermixed with new projects like Super 8, Jupiter Ascending, Zootopia, and the majority of the Pixar films he¡¯s worked on.?Buzz Lightyear himself though is of course now a legacy character, given Toy Story is ¨C wait for it ¨C now 27 years old.

Giacchino noted that he felt very lucky to create music for so many beloved, iconic cinematic worlds with decades of history behind them, but also hoped to still see new concepts thrive alongside them, remarking, ¡°I love doing Star Trek, I love doing Star Wars, I love doing Marvel things, I love doing The Batman, Planet of the Apes¡­ So I’m always looking for ‘Okay, this is all fantastic, but what else are we doing that’s new, that can then, in 50 or 30 years or whatever, be still going?’ It¡¯s a balance, right? You want both. You want both to continue. And we’re leaning a little to one side right now and maybe we¡¯ve got to bring it to the center and hopefully balance it out.¡±

In the midst of all of his music, Giacchino dipped his toes into directing in 2019 with ¡°Ephraim and Dot,¡± an animated installment of the Star Trek: Short Treks series on Paramount+.

Having now directed for one franchise he had previously had composed music for, Giacchino is about to do it again with Marvel. Giacchino has scored Doctor Strange, Spider-Man: Homecoming, Spider-Man: Far From Home, and Spider-Man: No Way Home for Marvel Studios, plus the upcoming Love and Thunder?— not to mention composing the music you hear over the Marvel Studios logo on almost all of their films and series — and will now serve as director for an upcoming MCU project for Disney+, which is reported to be a Halloween special based at least partially on Marvel’s?Werewolf By Night, starring Gael Garcia Bernal and Laura Donnelly – though Disney and Marvel Studios still haven¡¯t confirmed or officially announced any of these details yet.

Given that, Giacchino couldn¡¯t yet reveal anything about the actual storyline of the project or additional details, but did speak about what it was like becoming an MCU director, saying, ¡°It’s been great. I¡¯m looking forward to the day when I can actually share everything about it but I can tell you that it’s been a blast and it’s been fun. Having done so many films with the Marvel gang, it’s just a pleasure to be working with them all in this different capacity and just having a good time doing it. They’re all just huge movie nerds and fans of what we all love and that makes a wonderful working environment. And so we’re just in the middle of trying to make it as best we can and it’ll be out there sooner than you think.¡±

Lightyear is in theaters now.