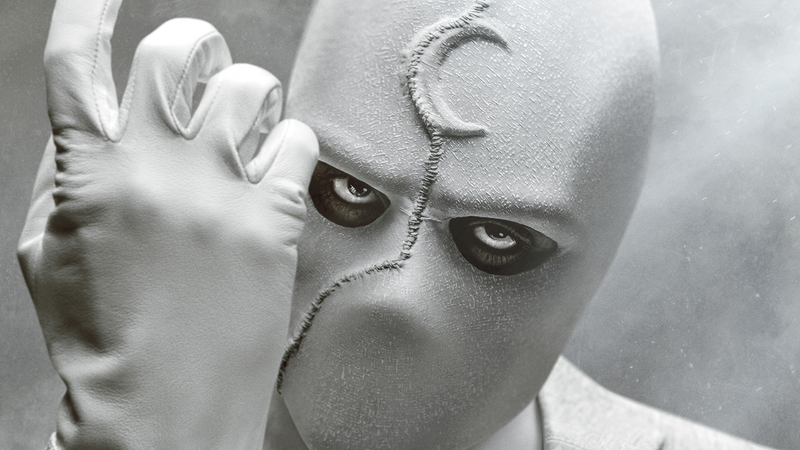 Mr. Knight Was the Most Challenging ˇ®Moon KnightˇŻ Costume to Design

Marvel Studios’ Moon Knight has introduced MCU fans to a wild world of Egyptian gods, hidden tombs, dark secrets, and the splintered mind of Oscar Isaac as the title character, a man living at least two lives. Okay, at least three lives if you count his nighttime exploits as the ˇ°Fist of Khonshuˇ± ¨C the vengeful Moon Knight.

Fandom spoke to Moon KnightˇŻs head costume designer Meghan Kasperlik about the joys and challenges of creating the look and feel for one of MarvelˇŻs most malleable heroes, as well as his dapper alter-ego ˇ°Mr. Knight.ˇ± Plus, in the midst of this swashbuckling adventure is a very soft-spoken, plain-dressed antagonist, Ethan HawkeˇŻs Arthur Harrow, who dresses like a whisper.

HereˇŻs how Kasperlik, who also designed the costumes for HBOˇŻs Watchmen, crafted this specific superhero realm.

From Watchmen to Moon Knight

“This series was so much different [than Watchmen], but I definitely wanted to make sure costumes were functional,” Kasperlik shared, comparing her experiences on the two comic book-based series. ˇ°I’m always concerned about the functionality because if the actor doesn’t like the costume they’re not going to want to wear it. And if Oscar [Isaac] didn’t like the Moon Knight costume, he wouldn’t want to be in it as long as he needed to be in it.ˇ±

Kasperlik?has created and assembled the looks for everything from HBOˇŻs Mare of Easttown to A24ˇŻs It Comes at Night, and sheˇŻs also no stranger to the world of high-flying/swinging heroes as she was also an assistant costume designer on The Dark Knight Rises and The Amazing Spider-Man 2.

ˇ°I’ve done other superhero stuff so it’s just about learning from those projects ¨C what worked and what didn’t work ¨C and then bringing that into this,ˇ± she said. ˇ°So that really played into it. And then also making sure that the contemporary costumes here worked, that there was a nice design line, especially for LaylaˇŻs costumes because they needed to be rather sporty. So I brought in those elements.ˇ±

Moon Knight has had many looks over his many decades, with the Disney+ series primary costume going for a mix between his more classic comic book costume and Alex RossˇŻ Universe X?version of Moon Knight.

Moon Knight Head Writer Jeremy Slater recently revealed on Twitter that it was decided that because the suit on the series was supernatural and was ˇ°conjured into existence,ˇ± it could wrap around someone like mummy bandages when summoned. Universe X was the second comic series in writer Jim Krueger and artist Alex RossˇŻ Earth X trilogy, which featured a reimagined Marvel Universe. That storyˇŻs Moon Knight had a much more classic and gothic bandaged mummy-style appearance, which Slater and others took to immediately as a look to emulate for the series.

As Kasperlik explained, when it came to combining that Universe X inspiration with input from others, ˇ°it was a collaboration between myself, Marvel, and Oscar, because Oscar wanted it to be a very strong suit. And Mohamed Diab, who’s our director, and is Egyptian, he wanted it to be like a complete mummy [look]. He wanted to have as much of the wrappings as possible.ˇ±

ˇ°Between Oscar, Muhammad, and Marvel, and the collaboration of bringing that together, the suit was created upon that,ˇ± said Kasperlik. ˇ°I wanted to keep in the essence that it was a strong character where the armor choices were made and the fabric choices were made.ˇ±

ˇ°I always wanted to make sure the main suit was super functional,ˇ± she added, ˇ°and it ended up working out because we didn’t put Oscar in the suit until it came to Budapest and then it only needed one alteration for it to work for him.ˇ±

Normally, thereˇŻd be innate challenges with the Moon Knight gear since itˇŻs traditionally all white, which can be difficult to give texture and nuance to on screen, but the decision to give him the ˇ°mummyˇ± appearance helped a lot thanks to both the layers it added and the color of the suit itself.

ˇ°The Moon Knight costume is slightly gray,ˇ± Kasperlik noted, of the TV incarnation, before adding, “That was kind of a relief because the Mr. Knight costume terrified me because it was all white.ˇ± Yes, as it turns out, a bigger costume hurdle for the series was ultimately the Mr. Knight suit that Steven Grant summons, itself based on a comic book look introduced a few years ago.

Kasperlik stressed that a lot of hard work from a larger team helped make Mr. Knight look so cool on screen and to give the costume elements that wouldn’t make him appear too plain or flat with all that white on white. ˇ°It was made completely in-house and I had amazing bespoke tailors who made 47 of those suits. We had customized lapels that gave us the liberty to make the buttons that are Khonsu buttons, that symbolized Khonsu. It was amazing.ˇ±

Modesty was the point when it came to dressing the scheming Arthur Harrow, according to Kasperlik. ˇ°I had very long conversations with Ethan [Hawke] and he wanted to look like an unassuming man of the people. Someone you wouldn’t instantly assume is the villain or the problem.? We talked a lot about cult leaders and monks, and what they were wearing and it was very important to Ethan for them to be unassuming.ˇ±

In the midst of this high-stakes swashbuckling Egypt adventure is a diabolical man who just wears a plain button-down shirts in muted colors. ˇ°I did a lot of research on people who are cult leaders,ˇ± Kasperlik said, ˇ°and they wore generic clothing. But they also always had an interesting item to them, like interesting glasses or an offbeat haircut, and so I brought in the shoes because I thought they would make him walk in a different way. And the shoes were hit with the costume and they made him walk a little clunkier while also bringing an interesting element to it.ˇ±

Moon KnightˇŻs production happened during the scarier throes of the pandemic, creating a more isolated, spread out environment than everyone was accustomed to. Obviously, that made costuming efforts more difficult as well.

Recalled Kasperlik, ˇ°We had a number of challenges with not only both costumes, but because the Moon Knight costume was constructed in London and we were filming in Budapest in quarantine, when London was on complete lockdown. I couldn’t go back and forth to see the costume in person and see the fittings.ˇ±

ˇ°The team in London would send the fabric to me and I would piece it together and then I would send the stunt people there to London, to quarantine and do the fittings, and then I would Zoom the fittings,ˇ± she continued. ˇ°But it ended up working out okay because I would be on Zoom with the stunt people and I would say ˇ®moveˇŻ or ˇ®do a stuntˇŻ or ˇ®do a similar actionˇŻ? just to see if the pants are riding up high enough or just to adjust a little quirks that happen with costumes.ˇ±

Obviously, it was up to Oscar Isaac to come up with the voices, physicality, and mannerisms for Marc Spector and Steven Grant, but some of that was born during the costume fittings where it was decided what these two different personalities would wear.

ˇ°When I was developing Mark with Oscar, in the fitting, I only had, like, two options for Oscar for that look because I was like ˇ®Oh, we’re so focused on Steven.ˇŻ But as soon as he put on the white hoodie and the longer coat with the pants, I said, ˇ®Oh, this is a good costume.ˇŻ? We instantly knew it was a costume the second time he put it on and I was like ˇ®this is the poster!ˇŻ And lo and behold, it was the poster. It was a very exciting moment for me.?I wanted it to have something distinct and that jacket was like a cape for me. If we didn’t have a superhero Moon Knight costume then that was the superhero costume for me. It really hit the notes that it needed to. And for Layla, it was always a push to make her sporty but I also wanted it to be cool. And what you can’t tell from that vest that she wears is that it has a complete cut-out in the back. That fabric is actually military fabric so it would be used in the ribbing of a military jacket or military trousers.ˇ±

Oscar Isaac is introduced on the series as Steven, a a very awkward man living a fraction of a life. Kasperlik explained that when it came to his look,?it was all about creating a guy trying to fit into a place that he clearly doesnˇŻt.

ˇ°His character lives in Brixton, which is kind of a cool area to live in London and it seems very unlike an uncool person to live there, “Kasperlik remarked. “But something Oscar and I really spoke about was that he kind of has to look like he can fit in in that neighborhood – but he’s not the cool guy. So I found some vintage shirts that I like, and that Oscar responded well to, and we kind of made him wear baggier pants. As soon as he put the jacket on and also that heavier shoe and he slouched it was like the character really started to form that day in the fitting room. From there it was about ˇ®let’s not have a million options, let’s kind of keep that same uniformˇŻ with vintage shirts and the vintage chore jackets.”