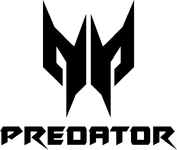 On Saturday night, April 23, 2022, a bevy of fans decked out in their gaming best — be it retro game tees, con floor swag, or cosplay — lined the block outside Boston’s Royale Nightclub, eager to experience the long-awaited return of Predator’s legendary Gaming After Party.

The party, which celebrated its 5th anniversary in 2020, has become a much loved component of the Boston gaming convention scene. Having it back following a hiatus felt very much appreciated, as notably enthusiastic attendees turned out in droves to experience everything the gathering had to offer.

Acer, the makers of the Predator series laptop and desktop gaming PCs,?partnered with Fandom and Intel for the event. This year’s?Gaming After Party featured a gaming lounge, fully outfitted with Predator hardware, where attendees could face off in popular competitive titles like Rocket League,?Valorant, and APEX Legends.

There were also giveaways throughout the night for headsets, keyboards and other high end gear from Predator’s extensive Gaming Collection. In addition, some lucky fans walked away with shiny new laptops and ultra-HD gaming monitors.

Arguably the most notable parts of the event, however, were twofold. First up was a high energy “Play with the Pros” gaming competition where select fans teamed up with Influencers, plus pro-gamers Rizzo and SunlessKhan, to face off in an onstage 2v2 Rocket League Match for glory – and of course, for limited edition participation swag.

The competition was Shoutcasted by Nick Mizesko (a Play by Play caster for EA Sports), who rallied the crowd behind the underdogs. Play with the Pros ultimately had the audience cheering for both sides, waving their thunder sticks in the air in support of the blue team or beating them together with a rallying cry of “let’s go, Orange!”

Lastly, the event featured a DJ set from electronic musician Frank Walker, which had pretty much every attendee on their feet, both on the dance floor and up above in the balconies. Walker’s set kept the crowd at maximum energy levels until the wee hours of the morning ¨C or until the last hours of the night, depending on your point of view.