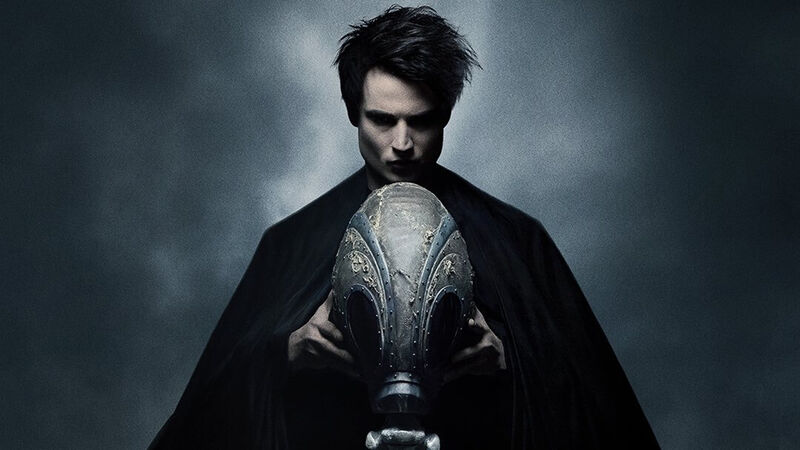 SDCC Big Hitters: Which Panels Made Fans Most Curious to Learn More?

One of the jobs of San Diego Comic-Con is to get fans excited about upcoming film and TV projects. ThatˇŻs not such a hard task when fans bring their enthusiasm in spades. Alongside gaming experiences and more, Comic-Con provides a platform for movie and television studios to present trailer premieres, drop mouthwatering announcements, and screen first-look episodes and exclusive footage to the gathered crowds, leaving the assembled throng ¨C and fans around the world consuming the news coming out of the convention ¨C thirsty for more. At Fandom, weˇŻve measured the most visited pages and highest performing communities post-event to see what stoked fan curiosity the most ¨C and why. Read on to find out more.

ItˇŻs been 34 years since Neil GaimanˇŻs influential comic-book series, The Sandman, first appeared in print and itˇŻs only grown in stature and status as the years have marched on. Gaiman has said heˇŻs spent 32 years blocking bad adaptations of his brilliant, brilliant twisted baby, but now weˇŻre poised for a Netflix adaptation presided over by the man himself, set to land on August 5, 2022.

After a new trailer dropped at SDCC, and the cast and creators spoke about the production during a panel, more has finally been revealed about GaimanˇŻs televisual dreamscape world of Endless beings, demons, and more. This led fans to flock to Fandom’s?The Sandman wiki, making it the community which grew the most ¨C by 221% — during Comic-Con.

The character fans were most interested in finding out more about? The Corinthian, who was also one of the characters to grow most on Fandom during SDCC and whose page received a 935% jump in visitors.

Unsurprising, perhaps, when you consider that this devilish escaped nightmare played by the charismatic Boyd Holbrook has teeth where his eyes should be and enjoys chowing down on eyeballs heˇŻs plucked from the sockets of humans. He’s also revered by a group of serial killers known as The Collectors, which makes him all the more loathsome — and intriguing. We canˇŻt wait to see more of HolbrookˇŻs version of The Corinthian, whose role has been extended for the series.

Other Fandom communities that experienced a significant uplift include Vampire Academy, with a 101% boost, National Treasure at 90% growth, and crossover platform fighter video game MultiVersus, which allows you to play as iconic characters such as Batman, Wonder Woman, Shaggy from Scooby-Doo, Bugs Bunny, and even LeBron James. The MultiVersus wiki saw an 80% increase in clicks. The DC Extended Universe (42%), the Marvel Cinematic Universe (38%), and Teen Wolf (42%) all also saw key bumps.

Ah, Teen Wolf. ItˇŻs been five years since the series ¨C a reboot based on the original 1985 Michael J Fox movie — concluded after a six-season run. Hugely popular, fans were excited when in September 2021 a reunion film for the series, which first aired in 2011, was greenlit by Paramount+. One of the showˇŻs main characters, Stiles (Dylan OˇŻBrien) wonˇŻt be returning for the film but that didnˇŻt deaden fan appetite following the filmˇŻs Comic-Con panel.

ˇ°I need this s??¨C¨C back immediately,ˇ± said Tyler Posey during the panel, revealing the thoughts heˇŻd had before the series even ended back in 2017. Posey, who reprises his role as werewolf Scott McCall in the film, also pointed out that the cast was now grown up meaning that there are no teens any longer amongst them.

Creator Jeff Davis revealed that thereˇŻs a time jump in the movie, meaning that Tyler PoseyˇŻs character is now older than the actor. The panel also revealed that with grown-up characters comes a more grown-up adventure ¨C and they say the F-word in the movie.

Davis shared that he told Paramount+ he couldnˇŻt do another season which is when they landed on a movie, but he also said that with about 20 main characters ¨C including Superman actor Tyler Hoechlin back as Derek Hale, and DerekˇŻs son, Eli ¨C he wound up writing a short Season 7.

ˇ°WeˇŻll see how much of that lasts in the final cut,ˇ± said Davis, who also teased an ˇ°emotionalˇ± ending. The Hall H crowd was very vocal in its appreciation of the reveal of Crystal Reed as Allison back alive and kicking ¨C seen in the teaser trailer walking with her trusty quiver of arrows strapped to her back. All of which goes some way towards explaining why fans were eager to check out the wiki in order to catch up on character arcs and story beats ahead of the movieˇŻs release.

“Allison returns in [the] movie, is she… good (Hunter) or evil (Void/new host for Nogitsune)?” — poll posted by Teen Wolf community member Jrod0918 on the wiki

Davis also revealed at Comic-Con that his new series, Wolf Pack, a show about teen werewolves, will feature former Buffy star Sarah Michelle Gellar ¨C who made a brief appearance at the end and could well have encouraged fans to head to the wiki to research what, if any, connection the new series could have to Teen Wolf.

A Delightful Baddie and a Badass

While fans caused big growth to a bunch of communities for newly-announced/showcased Marvel titles ¨C Avengers: Secret Wars, Avengers: The Kang Dynasty, Captain America: New World Order, Thunderbolts, and Daredevil: Born Again ??¨C it was a character from Black Panther: Wakanda Forever that made a huge impact. After the announcement during MarvelˇŻs panel that Namor (played by Tenoch Huerta) is about to make his MCU debut in the Black Panther sequel, along with his undersea kingdom, 12,982% more fans took a deep dive into his wiki page.

“In the final shot it’s like Namor vs. the new Black Panther. So I think Namor starts the war against Wakanda and floods it like in the comics and Namor will be like an anti-hero.” — MCU community member?Ewysgarcoyustcrouiwetsnro has a fan theory about how Namor might play into Black Panther: Wakanda Forever

Other characters that had fans curious and furiously searching out info were chonky red dragon Themberchaud from Dungeons & Dragons: Honor Among Thieves, whose page grew 12,000%, and Helen MirrenˇŻs character, Hespera, from the upcoming Shazam! Fury of the Gods.

Helen Mirren couldnˇŻt be there in person at the Warner Bros Hall H panel, but she recorded a message with co-star Rachel Zegler who was also missing from the stage. MirrenˇŻs Hespera makes up one-third of the filmˇŻs trio of antagonists, the Daughters of Atlas, alongside ZeglerˇŻs Athena and Lucy LiuˇŻs Kalypso (Liu appeared on stage carrying a prop of the wizard ShazamˇŻs magic staff). Neither Hespera nor Kalypso has a direct comic-book counterpart and so fans are especially curious about who they are.

“When I saw the ZSJL and Aquaman scenes in the trailer I screamed with happiness. I’m really looking forward to this movie, Helen Mirren, Rachel Zegler and Lucy Liu were amazing additions to the cast.” — DC Extended Universe community member?Ruancraft?shares her excitement following the Warner Bros. panel reveals.

Liu said she couldnˇŻt reveal much about their characters, except to say that she enjoyed ˇ°combining our forces and going on our mission.ˇ± Mirren, meanwhile, described Hespera as a ˇ°delightful baddie and a badassˇ± before yelling, ˇ°Pussy Power!ˇ± in reference to the impact the three combined are set to make in the film.

Zachary Levi who plays Shazam and was on stage to promote the movie alongside cast members Asher Angel (Billy Batson), Jack Dylan Grazer (Freddy Freeman), Liu, and director David Sandberg, revealed that the movie will jump ahead in time a couple of years as the ˇ®ShazamilyˇŻ practices their powers via missions helping the people of Philadelphia before they have to face this new threat.

Springboarding off the Marvel panel announcement of Avengers: The Kang Dynasty, which gave us a bit more idea of where the MCU is heading following the introduction in Disney+ series Loki of He Who Remains and soft welcome to Kang the Conqueror, fans were keen to research Kang and his clan. The Marvel comics Kang Dynasty page grew a brain-boggling 140,655%. Check it out for clues as to what the movie might include.

“The next big bad after Kang is dealt with… I bet it’s Galactus.” — MCU community member Guccigang2121 predicts

Another panel to incite a page invasion was the epic The Lord of the Rings: The Rings of Power showcase, which gave enough of a hint ¨C via a new trailer ¨C to the identity of shapeshifter Sauron and his possible pre-Third Age form in the series to get 232% more fans thirsty for additional knowledge. Indeed, Sauron was once more than ‘just’ a flaming eye; he was a manipulative evildoer able to change his form to help him get his way. In the books, he took the ‘fair’ form of Annatar to dupe the Elves and cajole them into making the Rings. The new Prime Video series ¨C the most expensive show ever made ¨C will depict the evil beingˇŻs impact on the Second Age of TolkienˇŻs Middle-earth and his wily forging of the Great Rings.

“Ha, you do not fool me Annatar with your fair looks and your shorn head! I know who you are! Sauron!” — The Lord of the Rings community member?Glowing Glorfindel?is convinced they know Sauron’s identity

“I have my theories, I think “meteor man” might be Annatar.” —English-Lady21?thinks the glowering fair character in the trailer is distracting us from the real Sauron in the series

In our interview with the cast of The Lord of the Rings: The Rings of Power (coming soon), we discuss how far the darkness spread by Sauron in the series is felt and how much each character battles against it or allows it in. Especially pertinent since co-showrunner JD Payne revealed at the Comic-Con panel that the series tells a ˇ°human storyˇ± we can all identify with, with a focus on asking ˇ°how far into the darkness would you go to protect the things you love the most?ˇ±

If your answer is to the deepest darkest depths of your favourite wiki, we think that’s far enough.