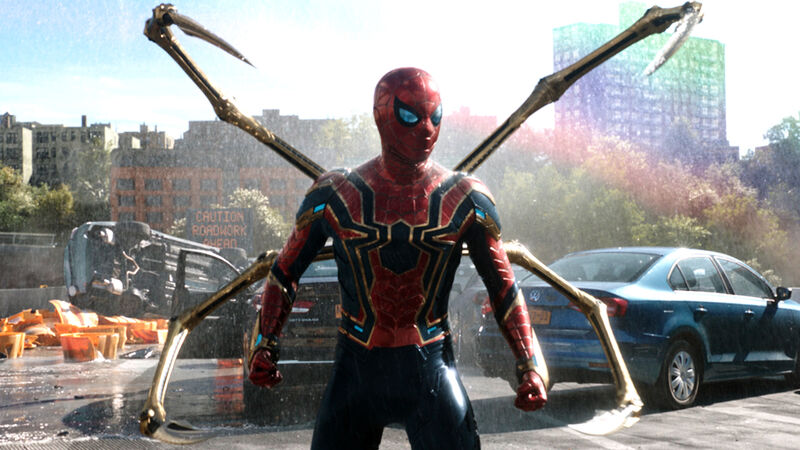 Is There a Real-Life Spider-Sense?

¡°I¡¯ve been obsessed with spiders since I was a kid,¡± says self-confessed ¡®spider advocate¡¯ Tea Francis. We don’t know if she has her very own spider-sense — or ‘Peter Tingle’ — but she’s certainly spider-sensitive. ¡°I’ve always been the weird kid.¡± She laughs. ¡°I’ve always been into weird music, make-up and clothes. I guess it’s kind of predictable, really, that I’m also into weird animals¡­¡±

Via her Patreon, scienTEAfic (we see what you did there), Tea talks to the public about her ever-growing collection of spiders, photographing them, and helping people understand a much-misunderstood species.

She even sometimes even helps them conquer their fear of a creature that, according to a study undertaken by Psychologists at the Czech Republic¡¯s National Institute of Mental Health and Charles University, is the animal most feared by the most people.

¡°I really like helping people with their fear of spiders,¡± she says. ¡°I think you can combat fear with knowledge. If people can conquer their fear of spiders, then they¡¯ll find an endlessly fascinating creature. Spiders are amazing!¡± Tea is, you might say, your friendly neighbourhood Spider-Woman.

How do we feel about spiders? They¡¯re alright. We couldn¡¯t eat a whole one. BOOM TISH. But today Tea is helping Fandom with another task: answering a question that has tormented all of geekdom ever since Stan Lee, Jack Kirby, and Steve Ditko created the beloved Spider-Man character for Marvel Comics back in 1962. Do spiders actually have a spider-sense, or is that just something made up by a bunch of guys sitting behind their easels in New York City?

¡°In short, yes,¡± she says of Web Head’s sixth sense. ¡°If you think of a spider, their entire body is covered in hairs. They serve the purpose of thousands of ears! There¡¯s a real disparity in how well spiders can see ¨C some are limited in terms of their visual ability to sense their environment. But the hairs allow them to perceive their environment in a way that we can’t even imagine as humans. Essentially, they sense vibrations. It also helps them communicate with each other, which they do via drumming!¡±

Which is quite the mental image, is it not? And there¡¯s more!

Spider Silk Is Stronger Than Steel!

¡°Then there¡¯s silk,¡± she says, ¡°which a lot of spiders use ¨C not just to snare prey ¨C but as an extension of those senses. Those big, flat webs you might find in the shed? Spiders use those almost like a giant ear. The webs pick up vibrations, and when they¡¯re sat on them, it helps them pick up vibrations over a far distance. They¡¯ll essentially sit in wait on their webs, scanning for anything coming their way ¨C and when they do, they¡¯ll know where they need to be to catch their prey.¡±

We¡¯re going to be honest with you Tea ¨C and apologies to any houseflies that might be reading ¨C this isn¡¯t really helping us feel much better about spiders. But let¡¯s talk more about silk. Spider-Man, as the Marvel Cinematic Universe’s very clever Peter Parker, has created web-shooters, the silk of which is capable of not only supporting his own weight, but that far greater than his own. How realistic is that?

It¡¯s true too that spiders can whizz up walls and hang to ceilings. Maybe not to the height of your average Manhattan skyrise, but certainly your bedroom wall while you sleep. It turns out though, that some spiders are really crap at climbing.

¡°Oh, there are some that are absolutely useless outside of their webs!¡± says Tea. ¡°If you think about your big old tarantulas, it only takes a fall of a few inches to kill one of those. I wince when I see people showing their tarantulas off and holding them up high ¨C put a cushion down! But generally speaking, the smaller the spider, the better they are at climbing ¨C it¡¯s about the hair on their feet ¨C they¡¯re like little hooks ¨C and if the surface they¡¯re trying to climb has purchase, they can climb. A wall has lots. Glass, not so much¡­¡±

Tobey Maguire¡¯s Spider-Man comes to mind as we first witness the little barbed hairs he sprouts in action in Sam Raimi¡¯s first of his trilogy.

Most Spiders Are Awkwardly Anti-Social!

Peter Parker is famously very nerdy. Awkward even. How well do spiders socialise?

¡°Some do,¡± says Tea. ¡°There are some species of spider that are known to be social and live in colonies. Some of them will collaborate on things like taking down large prey, but that¡¯s pretty rare. Normally after hatching and their second moult, they¡¯ll head out on their own. And then they¡¯re not very social at all. Keeping spiders together in captivity will normally result in cannibalism. Cricket, cockroach, or spider, if it moves, they¡¯ll eat it. They don¡¯t discriminate.¡±

Look out, Gwen Stacy! Okay, so Peter becomes Spider-Man after being bitten by a radioactive spider. We know that¡¯s some scientific licence going on by the pens of Marvel¡¯s finest, but asking a silly question¡­ is there any spider that could bite you and give you a cool superpower?

Can a Spider Beat a Lizard and a Vulture and an Octopus in a Fight?

Can we ask a really silly question?

So, Spider-Man has an enemy called The Lizard (aka Dr. Curt Connors). Who would win in a fight? A spider or a lizard?

¡°Well, there have been plenty of documented cases of reptiles winding up as dinner for a spider. It depends on the size of the lizard in relation to the spider really. Even so, if something venomous like a Black Widow can get in there and get a bite¡­¡±

What about a vulture? Spider-Man, of course, took on winged villain Vulture aka Adrian Toomes in his first solo MCU outing, Spider-Man: Homecoming.

¡°It¡¯s possible. If you think of things like a Sydney funnel-web spider or a Brazilian Wandering Spider, a bite from either one of those would kill a human.¡±

And an octopus? One of Spidey’s most popular screen foes has been Alfred Molina’s Doctor Octopus from Sam Raimi’s Spider-Man 2.

Being sensible for a second, I think we can all agree that spiders really are quite wonderful. Next time you see one crouched in the corner of your bedroom, consider this before reaching for the rolled-up copy of the Daily Bugle ¨C how are we ever going to take down the nefarious Oscorp without them?

For more IRL Spider-Man goodness, check out the article below in which two real-life lawyers put Spider-Man on trial for his role in the ferry incident in Spider-Man: Homecoming.

James McMahon
Jamesjammcmahon
James McMahon is a journalist from the north of England, though he currently lives in east London with his wife and Ramones records. He was formerly the editor of Kerrang! magazine for absolutely ages, and now writes for Vice, The Big Issue and The Observer. He likes Bigfoot, Xbox and crisps.