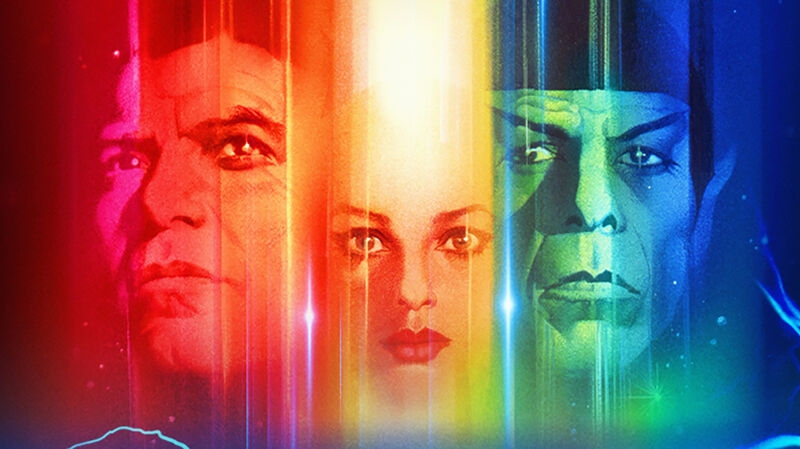 It¡¯s been 43 years since Star Trek: The Motion Picture was first released, but?David Fein would argue that you haven¡¯t truly seen the film in its completed form until now.

With a notably rushed production and post-production schedule to meet its promised release date, acclaimed director Robert Wise (West Side Story, The Sound of Music) was never happy with the original theatrical version of the first Star Trek movie. In 2001, he was able to revisit the film, working alongside Fein as producer and other collaborators, for a new, updated Director¡¯s Cut?which included re-edited scenes and new effects that was released on DVD.

Now, the Director¡¯s Cut has been released as a 4K Ultra HD version and it truly does look and sound better than ever, having gone through one more round of updates. Though Wise passed away in 2005, Fein ¨C who collaborated with Wise for many years and has long been a champion of the film ¨C returned alongside post-production supervisor Michael Matessino to oversee another go at all aspects of the film¡¯s audio and visuals that would stand up to Ultra HD scrutiny.

Fein spoke to Fandom about this version of The Motion Picture and why he feels Wise¡¯s vision is finally truly done justice.

Fein noted that when they first approached Paramount about doing a Director¡¯s Cut more than 20 years ago, it was with the intention of it being for film. However, with the DVD market booming at the time, it was only greenlit for that Standard Definition release. Fein said given the circumstances, ¡°It was wonderful that we were able to go back and at least complete it,¡± but for Wise, it still wasn¡¯t fully what he wanted and that he had essentially described it, like the theatrical version and the longer cut made for broadcast TV, as ¡°Work cuts. That was a proof of concept as well for us, meaning we present it back to the studio and say, ‘Okay, now let’s do it for film.’ The point is, though, that that was the format that made sense for the studio, was to have standard DVD, and we released it that way.¡±

Fein elaborated that by only having the Director¡¯s Cut completed for Standard Definition DVD, ¡°It created a limitation. If the film was going to be seen theatrically, it couldn’t really be the DVD. If the film was going to be in high def, it really wouldn’t be the DVD master. And then if it was going to be anything beyond that, it couldn’t be the DVD master. We saw the HD come out of the film and while Robert was ecstatic that his legacy would not be the theatrical version, it was required that it go back to what was the highest quality for film, which is the theatrical version.¡± Fein noted, ¡°That ended up surpassing and supplanting the Director’s Edition DVD,¡± referring to how both subsequent theatrical revival screenings and the first release of The Motion Picture on 4K last year were only for the theatrical cut.

Fein recalled Wise asking him to promise that he would never give up on truly completing the film in a manner where it would be available in all formats as the ultimate version – a promise Fein said he happily made and intended to keep beyond Wise passing away.

As time went on, Fein said, ¡°I knew I needed to go back to it. But more importantly, I knew that it required 4K to be successful and 4K masters to come out for there to be a practical reason for the studio to do the project. So I went back to them before the 40th anniversary and had a conversation about doing the master and said ¡®I am here. I’m not doing a video. I am creating a new digital negative of the movie,¡¯ so that now Bob’s history would be locked forever at the same quality as anything else for the studio. And that enabled all masters to be perfect for home entertainment for anything that it could be in the future. It took a little time for us to work out the details but we came back and thanks to brilliant technological advances and the many times that I spoke to Bob about the possibilities and him insisting that I never let anything hold back the story, here we are.¡±

Fein noted that Star Trek: The Motion Picture has had quite an overhaul at this point, though some changes are far more subtle than others. ¡°Going back to the original camera negative, practically every shot in the film has had some tweak or alteration. That was one of the greatest blessings of this was to have the full film available to go through shot by shot and adjust or tweak or get right, all focused on telling the story as powerfully as possible.¡±

This included shots or effects alternations that Fein said were done to take out what he referred to as distractions or moments that took you out of the film – such as a small unintended camera shake at the end of a shot that is now gone. As he put it, ¡°The whole thing needed to flow to give you nothing but a perfected experience in enjoying the film. One that’s subtle that I don’t think I’ve heard anybody notice, but it’s there, was the travel pod scene, where Kirk and Scotty are going to the Enterprise,¡± referring to one of the film¡¯s most iconic scenes, when we see the classic ship return for the first time.

As Fein explained, originally, ¡°The two of them were shot on film and projected into a dome-like front of the travel pod. That was like a screen there. So when you take the 2D and projected on it, they became flat against the screen. I had the effects guys pull them back and make them now look normal in there. So your mind doesn’t immediately go ‘That doesn’t look right.’ It’s about how nothing should distract you from your experience of just going in and loving the film and letting the story flow.¡±

He added, ¡°I’m really proud of the subtleties that were in there across the board. And I’m sure no one’s ever gonna find them all. I mean, originally we did 1000 edits to get the original cut. This was 1500 and nobody should notice any of them.¡±

On the audio side, not only does the 4K release of The Motion Picture boast a new Dolby Atmos soundtrack, but some specific tweaks were done there as well – some thanks to the discovery of a lot of ADR material the cast had recorded for the film with alternate versions of dialogue Wise had preferred but were not used due how rushed The Motion Picture was initially.

Wise¡¯s voice can be heard on the recordings giving direction and Fein remarked, ¡°Just to sit there listening sent chills down my spine. I started crying, just to be able to listen to Bob directing them. And then to know that with all the rush, so many of the choice takes that he made, where he said, ¡®Okay, perfect, we got the right inflection in your voice¡¯ weren’t used….¡± Fein said that putting in these alternate audio takes that Wise had always wanted used was ¡°One of the many, many joys of doing it this way.¡±

Star Trek: The Motion Picture had a turbulent journey both in its production and audience perception. The main criticism it received upon release was that it was too slow-paced but its reputation has improved over time thanks in no small part to the Director’s Cut existing, which this new version will very likely only bolster.

Asked what it feels like to see this form of redemption for TMP, Fein said, ¡°It’s the greatest feeling in the world. I have to tell you, we have so hit our goal. So surpassed it.¡± With the DVD version, Fein remarked, ¡°I knew we were able to make a great film out of what we had but it still had some limitations. And it’s funny, there were still places in the DVD where people felt that it was a little slow. But the fact is that the edit hasn’t changed, but no one has that complaint anymore, because a great film has ups and downs, peaks and valleys as it goes. And now our peaks are so much higher because of the sound mix and because of the colors pulling you into the right place to look. And just so much is working in so many different ways that you need that down time.¡±

Fein added, ¡°This is an epic film. The Enterprise is that big! You see it on a giant screen and it’s stunning. But what I love more than anything is that there’s new audiences today, there’s the teens and twentysomethings, who are seeing it for the first time. And I’ve had lifelong fans that have come to me and I keep getting these great stories that just touches my heart, where they brought their kid to the film who never expected to like the film, because ‘Oh, that’s Dad’s’ or ‘It’s older,’ but just come away with ‘Wow, I really enjoyed that,’ because it’s working now.¡±

Fein praised Star Trek creator Gene Roddenberry as well as Robert Wise, saying, ¡°Gene’s story was so ahead of its time in that technology without humanity is cold and limited. I’m amazed that he even came up with the storyline because at the time, the most advanced thing we had was touch tone phones. Today we have a cell phone. Today we’re talking on a pad, we’re talking on devices. It’s more relevant today. But the fact is all the problems, those distractions, the color that was off, the sound that didn’t work.. You know, all that stuff has been pushed away, because as Bob always said ¡®Focus on the story. How you get there is just the tools to reach that point. Focus on telling the best story.¡¯ And that’s what I wanted. I wanted to move away the distraction and give it to you and make you just have the best experience ever with the film. And I’m thrilled that we have a 2022 movie that people love. And it’s not me, it’s their film. It’s our gift and I get to experience it. And I’m excited when people love it, and people enjoy it.¡±

Fein summed it up by saying, ¡°I couldn’t be happier and it’s gonna live on forever now. That’s what’s most important. It has its new negative. No matter what formats happen in the future, it has the same chance as every other film. That’s so amazing to me. And I’m so blessed and I hope Bob is watching it with Gene somewhere now.¡±

Star Trek: The Motion Picture¡ªThe Director¡¯s Edition 4K Ultra HD is available on its own with a second disc containing special features, in a larger The Complete Adventure release that also includes both the theatrical cut and the Special Longer Version made for broadcast TV in 1983 (along with collectibles), and as part of the Star Trek: The Original Motion Picture Collection set, which also includes Star Trek II–VI.