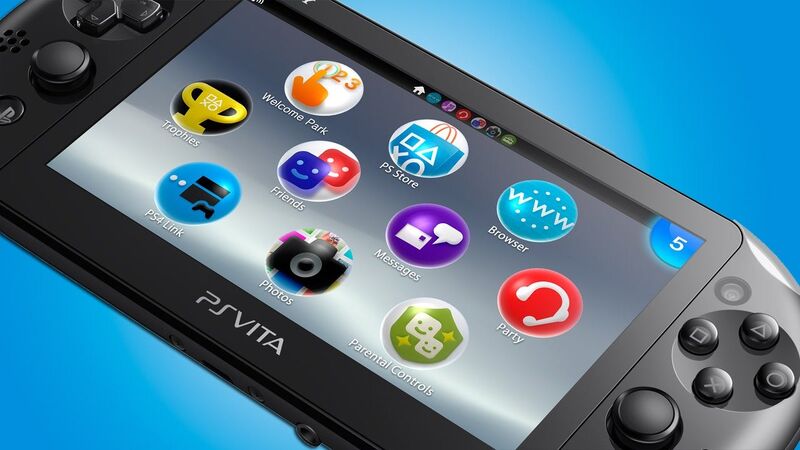 The PS VitaˇŻs 5 Most Underrated Gems

Despite only turning ten this year, the PlayStation Vita already feels like something of a relic. The technologically-advanced successor to the PSP landed in the twilight years of the PS3’s reign, a period where the PlayStation brand was still neck-and-neck with Xbox in the ongoing console war. That rivalry hasn’t dissipated, but there was one thing Sony always did that Microsoft has yet to compete with: a handheld console. The Vita? (and the PSP before it) was an accessible way into console-style gaming for those unable to afford a higher-quality display and hardware, and a more mature alternative to the kid-friendly output of Nintendo, then early into the 3DS’s lifecycle.

The PS Vita truly did feel like a PS3 console crammed into your pocket, boasting impressive visuals, a range of triple-A franchise titles, and innovative touch-screen features that, unlike Nintendo’s handheld, didn’t require a cumbersome stylus. While the Vita never quite struck the same chord with audiences, its legacy is without doubt underrated, the home of countless hidden gems that have sadly fallen by the wayside. While preservation of previous-gen titles is generally good across PlayStation eras, the disappearance of the Vita catalogue is no doubt one of Sony’s biggest missed opportunities.

To commemorate the decade-long legacy of the PS VitaˇŞand to hopefully shine a light on some games that desperately deserve a high-quality re-releaseˇŞjoin us as we look at five PS Vita hidden gems that deserve their time in the sun.

First up is this handheld spin-off of the wildly popular Batman Arkham seriesˇŞand the only entry in the franchise that you haven’t heard of. Released in late 2013 on PS Vita and 3DS, Blackgate arrived alongside the divisive spin-off Batman: Arkham Origins. However, it did away with the intense third-person action combat, instead opting for a 2.5D side-scrolling style more reminiscent of something like Metroid Dread. There’s much more of a focus on stealth here, and Blackgate fully leans into the processing restrictions of its hardware by streamlining the Arkham formula with great effect.

While it is slightly pared-down compared to the extensive open worlds of the other Arkham games, and the combat isn’t quite as fluid as Rocksteady’s entries, Arkham Origins: Blackgate is a clever adaptation of the franchise to handheld platforms. Melding fast-paced hand-to-hand action alongside stealth, on a much smaller display and less capable hardware, is no easy featˇŞbut Armature Studio managed to do it. Even better, it had its own unique story to tell within the Arkham-verse, taking place several months after the events of Arkham Origins. Combine that with hand-drawn cutscenes resembling original comic panels, and you’ve got the most slept-on game in the Arkham franchise.

The good news is that, for a brief while, the legacy of Batman Arkham Origins: Blackgate seemed secure. Six months after the game launched in late 2013, it made its way to PS3, Xbox 360, Wii U, and PC. This enhanced version featured improved visuals and new levels to enjoyˇŞbut, sadly, the game hasn’t been ported to any further platforms. Considering the Arkham continuity is due to make a comeback in this year’s Suicide Squad: Kill the Justice League, there’s no better time than now to revive Blackgate.

Next is one of Sony’s most underrated platforming franchises, which never quite got the reception it deserved. Released in 2013 around the PS4’s launch, Tearaway is a witty side-scroller mixing the art style of Paper Mario with the innocent platforming fun of MediaMolecule’s other PlayStation exclusive, LittleBig Planet. Playing as your own inhabitant of the story-filled Valleyfold, you traverse through levels to fulfill your destiny of bringing new quests and adventures to a land slowly falling into complacency.

In all likelihood, PS Vita owners didn’t gravitate towards Tearaway?exclusively for its narrative panache. Instead, it was a title that made full use of the proprietary hardware. You used the camera to snap images of creatures inhabiting the land, the touch screen to ‘cut out’ images from the landscape to take along with you on quests, and the rear touch screen to interact with objects. Tearaway is the epitome of a console exclusive, showing skeptical gamers that the Vita was more than just the next PlayStation handheldˇŞit was an all-engrossing sensory experience.

Luckily, MediaMolecule got the plaudits they deserved, and Tearaway was a critical darling. Sweeping the EDGE and BAFTA Game Awards, it received a PS4 remaster two years later in Tearaway Unfolded. The re-release failed to strike the same chord, and we haven’t had the chance to explore ValleyFold since. As such, Tearaway seems destined to remain a niche Vita title that never quite became the LittleBig Planet successor it could’ve been.

Another of the PS Vita’s most underrated features is its preservation, as there’s a wealth of HD remasters of classic titles that you simply can’t play on more recent hardware. In most cases, it’s for franchises closely tied to PlayStation, such as the Ratchet & Clank Remastered Trilogy, or the Jak and Daxter trilogy. Not only did they revive games that were otherwise out of print and no longer available on the current generation, but they were all available in the palm of your hand, too.

Yet arguably the best of these HD collections on Vita is the Metal Gear Solid: HD Collection. First released on PlayStation 3 and Xbox 360 in 2011, these games arrived a year later on Vita, letting players enjoy Solid Snake’s espionage adventures on handheld with console-level quality. In came qHD graphics, a 60fps output, and a faithful modernization of Hideo Kojima’s most famous game series.

Of course, the Metal Gear Solid: HD Collection pales in comparison to modern remakes and remasters, but its place on this list is more down to the significance of its release than how it holds up now. It remains the most recent place to play the first three Metal Gear Solid games, with no remasters of the original, Sons of Liberty, or Peace Walker available on newer consoles. While this HD collection was briefly on PS Now and Xbox Game Pass back in 2019-20, it hasn’t re-appeared since. As such, the Vita plays a crucial role in preserving these remasters that are otherwise totally inaccessible for new fans.

The PS Vita was somewhat neglected by Square Enix, with only two entries from its long-running Final Fantasy series ever making it onto the platform. One was an HD remaster of the 2001 smash-hit Final Fantasy X, a fairly by-the-numbers re-release of one of the franchise’s most beloved entriesˇŞbut the other was totally different. That is World of Final Fantasy, an ambitious RPG that launched concurrently on PS4 and Vita back in 2016.

A chibi-style installment of the franchise, World of Final Fantasy brought back the series’ traditional turn-based gameplay, the same year that Final Fantasy XV leaned heavily into real-time action combat. It plays like a Pok¨¦mon game, as you control two siblings, Lann and Reynn, collecting creatures called Mirages to help you battle evil and scour the world of Grymoire. Cue a range of fearsome beasts to fight, and a rich progression system that lets you build up your Mirages as you reach a time-bending conclusion.

The reason World of Final Fantasy earns a place on this list is because, despite releasing on other consoles in the years following, it’s proof of the levels of graphical fidelity and processing power the Vita could handle. No, this isn’t as visually impressive as mainline Final Fantasy games, but the extensive open world and fifty-hour campaign are proof that the Vita was a step above Nintendo’s handheld output in terms of power. The fact that Square Enix launched this day-in-day with the PS4 is also evidence of how seriously the Vita was once taken, receiving console-quality titles from some franchises. It makes Vita-exclusive franchise entries like Assassin’s Creed III: Liberation pale in comparison, as World of Final Fantasy cements that the Vita was no pushover when it came to running big games.

While World of Final Fantasy later released on PC, Xbox One, and Nintendo Switch, the Vita release will always be forgotten in time. Support for this version ceased in 2018, as future expansions proved too much for Sony’s plucky handheld to cope with. While it may not have the same amount of content as its contemporaries, World of Final Fantasy was evidence of publishers missing an opportunity with the Vita, and proof of how well it could handle challenging, expansive games.

Last on our list is the most recent entry in the beloved PlayStation-exclusive Sly Cooper series, the first major franchise from industry veterans Sucker Punch. This fourth entry was made by Sanzaru Games, and landed on PS Vita and PS3 in 2013. Coming almost a decade after 2005’s?Sly 3: Honor Among Thieves, it was a late comeback for one of the PlayStation’s first marquee exclusives, and its arrival on Vita was equally significant.

The game takes place not long after the previous entry, but sends Sly on a time-hopping adventure thanks to a handy time machine. Cue levels in Feudal Japan, the Wild West, Ice Age, and even more. If you can think of a significant period of history, then it’s probably in Thieves in TimeˇŞand this range of chronology allows for some really varied level design.

What’s even more impressive is how the PS3 and PS Vita versions of Sly Cooper: Thieves in Time are almost identical. Both have the same vibrant environmental platforming, colorful graphics, and extensive sandbox levels, marking one of the few occasions where a Vita version of a PS3 game was just as impressive as its big brother. But the ingenious utilization of the Vita hardware went one step further, as PS3 owners could use the handheld as a peripheral as x-ray goggles, to spot hidden items located across levels. The Vita therefore complemented the console version, adding texture and a virtual-reality element that long preceded the VR phenomenon we see in modern gaming today. Sly Cooper: Thieves in Time on the Vita was ahead of its time in numerous ways, but its lack of a PS4 port means the game, and franchise as a whole, has been left behind. With Sucker Punch now finished with their generation-closing Ghost of Tsushima, rumors suggest a new Sly game could be comingˇŞwhich would be the perfect time to give Thieves in Time the remaster it deserves.

The Legacy of the PS Vita

If these games prove anything, it’s that the PS Vita was far from a stop-gap between the PS3 and PS4, and that it certainly wasn’t a failed PSP successor. A console that many deem a failed experiment, a step too far towards handheld when home consoles were only growing in power, is actually home to some of PlayStation’s most beloved franchises and titles.

Sadly, it seems that few look back on the Vita with anything more than indifference, and the greatest hits of the system, as detailed previously, have rarely made their way to modern consoles. It’s a great shame, as the Vita was not only a fantastic place to port former PlayStation classics in pocket-sized form, but it was also the last bastion of handheld gaming before the Nintendo Switch elevated the medium to console-level quality.

As it turns a decade old, there’s no better time than now to reevaluate our perceptions of the PS Vita. It may not have revolutionized the space as Sony wished it would have, but it provided us some of the most underrated hidden gems of any console generation.

Luke Hinton
Lukeh38
Luke Hinton is a freelance culture journalist living in Cardiff, Wales. He graduated from Cardiff University with a degree in Journalism, Media and Communications, and currently balances his freelancing work with postgraduate studies. He specialises in film, TV and entertainment writing.