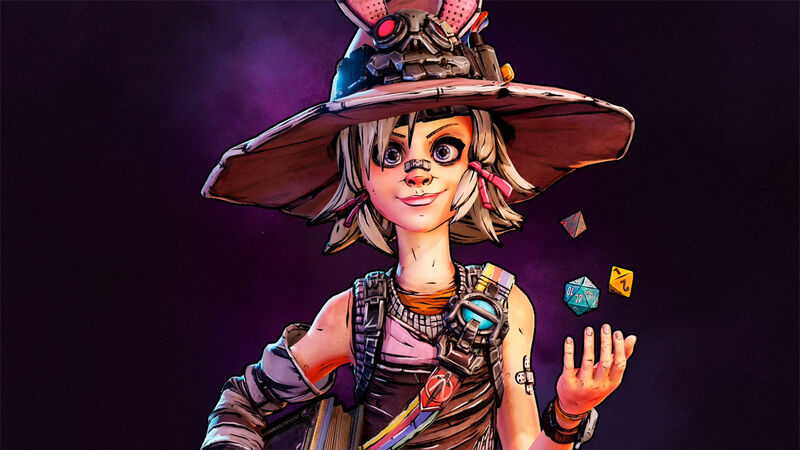 Tiny TinaˇŻs Wonderlands: Which Classes Should Your D&D Group Play?

Tiny TinaˇŻs Wonderlands is the D&D-inspired fantasy looter-shooter spin-off of the irreverent Borderlands?series with its proof of concept in the form of a Borderlands 2 DLC. Based on that description alone, youˇŻd be safe to assume that the upcoming game will be a bricolage of various tropes, mechanics, and aesthetics from a broad array of nerd media.

Similarly, your weekly D&D group brings disparate elements together to form a stronger, more compelling whole in a fashion endemic to the tabletop RPG. In the best cases, the chemistry between party members yields an experience for the ages, strengthening the bonds between everyone at the table. In othersˇ­ well, we all saw how things went with Rodney. Remember Rodney? Kicking him out was not easy. And have you seen his Insta stories recently? Yikes.

To avoid some of that awkwardness when you and your friends boot up Wonderlands for the first time, consider the types of players at hand. Are you an obsessive min-maxer, trawling the D&D Beyond forums on our off time for new optimization strategies? Or are you the face of the party whoˇŻd rather crack wise during a fight than do any high-stakes rolling-for-damage?

The Brr-Zerker is a barbarian with ice magic which makes them, scientifically speaking, metal as f*ck. ItˇŻs a high-damage output class who freezes enemies and cleaves them apart with an enormous great-axˇŞdefinitely in the top twenty most violent ways to kill someone in the Borderlands franchise. The Rage of the Ancients feat adds bonus damage to attacks. Like any good barbarian, the Brr-Zerker rewards any player with an interest in making things dead.

ItˇŻs a solid choice for the number-crunching Poindexter in the party who obsesses over optimizing DPS, but chances are LindaˇŻs calling dibs on this one. Yes, Linda, the one whose eyes glaze over during all the ˇ°boring plot partsˇ± of your campaign, and who’s still never read a single page of the PlayerˇŻs Guide. That hungry look she gets when sheˇŻs rolling 6d10 for damage? That has Brr-Zerker written all over it. No thoughts, head empty, dice make big number.

Clawbringers are another warrior class who specialize in fire and lightning boosts to classic melee attacks. Their compounding elemental abilities make them an attractive choice for Roland. HeˇŻs a career spell-caster whoˇŻs always secretly wished he could drop his support responsibilities and be on the frontlines.

This class blends a punishing magic system with good olˇŻ sword-and-board combatˇŞno more fretting over spells-per-day for Roland! The Wyvern sidekick is also a good fit for himˇŞheˇŻs always asking if he can use an Animal Handling check to tame the boss monster. Once again, thatˇŻs not how the skill works, Roland. Jesus.

LetˇŻs get this out of the way: Ethan is going with Graveborn, no question. The Jack Skellington patch on his jean jacket says it all. Graveborn offer all the fun of being a necromancer with none of the judgy looks from NPCs. Their Dire Sacrifice ability debuffs enemies, while Reaper of Bones acts as a kind of health grenade. For a class built around the concept of death, this mall-goth of a spell-caster works surprisingly well for experienced clerics who are in the habit of staying alive (despite their party’s best efforts).

It’s a fun role for the edgy player whose characters always have brooding backstories, as well as anyone whoˇŻs ever wanted to recreate Aragon’s sick-ass Oathbreakers scene. Ethan will have a field day summoning a Demi-Lich to do his dark bidding while blasting The Used on his phone. Hey, remember The Used? Good times.

Spellshot is a cross between a gunslinger and a wizard, which sounds like something your third-grade nephew came up with. Their unique combat style sees them constantly switching between different methods of damage-dealing. When the heat is on, they can also turn enemies into fuzzy Skeep as a hilarious form of crowd control. They’re perfect for the wishy-washy player who spends way too much time on multiclass builds, but is also a good gateway for traditionalist Josephine, whoˇŻs still on the fence about whether gunplay belongs in D&D. (It’s been in the game since 1e, Jo; you’re gonna have to get used to it eventually.)

Spore Wardens are a druidic ranged class with a mushroom companion who farts to deal poison damage. Yes, it’s that kind of game. TheyˇŻre an unlikely but appropriate fit for rangers who like to play the glass cannon, never really getting close enough to take any major hits during combat. For the purposes of your group, though, youˇŻre gonna want to give this one to Kai. WhoˇŻs Kai, you ask? Well, Claudio brought their twelve-year-old cousin to the LAN party, and heˇŻs, uh, definitely a twelve-year-old boy. But donˇŻt lose hope. Remember the farting mushroom? Totally KaiˇŻs jam. Put the little brat on Spore Warden duty; he’ll have a ball.

The Stabbomancer is a rogue class whoˇŻs adept at targeting their enemiesˇŻ specific weaknesses. They prefer to fight from the shadows, turning invisible and sneaking up on their opponents to dish out critical hits. This is the player whoˇŻs always having one-on-one sessions with the DM where they go off on mysterious side missions while the other characters are asleep. You could also try giving it to a tactical player whoˇŻs always coming up with incredibly specific combos that they pull out during the partyˇŻs darkest hour. Both of those describe Bodhi to a T. His quick thinking has saved the party from a TPK more than once, and he might be the only person whoˇŻs actually read the Dungeon MasterˇŻs Guide, like, ever. BodhiˇŻs so cool, man.

Poor Claudio. Claudio is the usually the fast-talking bard of the group, but Wonderlands doesnˇŻt seem to have any charisma stats to speak of. ThereˇŻs no place for Claudio here. Their time will be spent watching YouTube on their phone and trying in vain to get everyone to stop swearing so much around Kai.

Everybody learns what kind of player they are through trial and error. While a character or class might appeal to you aesthetically at first, you may find that you prefer a different classˇŻs mechanics with time. YouˇŻve got time to experiment, thoughˇŞTiny TinaˇŻs Wonderlands just launched on March 25th, and you can always roll new character sheets if things donˇŻt feel right. And who knows? Maybe Claudio will get a chance to play once the first DLC drops.